Today at school we went on being amazed and confused by the differences between direct and indirect speech. Basically it was another four hours of grammar. Useful, though. While we practise the grammar, the teachers also explain us a lot about words and expressions that are not so familiar to us. We also spent quite some time wondering about the difference between expressions el dia siguiente and al dia siguiente. The oriental team wanted both the teachers to explain us more about it.

It seems that it is getting warmer and warmer here. Today Veronica told us that yesterday it was warm but that today a heatwave is approaching Spain, una ola de calor. And it's supposed to stay here at least for the rest of the week. So you need to be a really tough tourist to be able to see all the most important sights in this weather.

After the classes we took group photos with the group and shared them in Whatsapp. So, now I have a better chance to remember the names of my new oriental friends.

After a quick lunch on the way to Eva's I spent a while wandering in a nearby supermarket to see what kind of food gifts I would take with me back home. Doing so I managed to see the kind of sweet stuff that they bake especially for Midsummer, San Juan. Carmen told us about it in class when she was talking about fiestas and other traditions. Coca de San Juan it is called.

It is really hard to be a student and a tourist during a one single week!!! But I am doing my best despite the heatwave, the sweat, the exhaustion and the lack of time. Today I decided to follow the advice from the visit Barcelona pages on the net. First I went to admire Sagrada Familia some more, walked around it, took more photos and was as amazed by it as yesterday, if not more. Next I headed for La Casa Mila or La Pedrera as they also call it hear, an unbelievable architectural masterpiece by Gaudi. Obediently I paid the 22 euros to get in and spent hours there. If I don't have time or the opportunity to go inside Sagrada Familia or the Park Guell, then at least I've seen one of Gaudi's works.

It was getting pretty late when I returned to this world from the fantasy world by Gaudi so even though there were some places in my 'gotta see' list, I just didn't have the energy for it anymore. I walked past another house by Gaudi, took a few pictures and understood that it was time to get quickly back to Eva's before fainting on the street.

With Eva, I had a very interesting conversation about the possible referendum and the independence of Catalunia . It is all so very complicated and it seems to me that we Finns know so little about the situation here in Spain.

In case I haven't missed anything, I believe we didn't get any homework for tomorrow (seems weird) so I can just relax for a moment with a book before going to sleep. 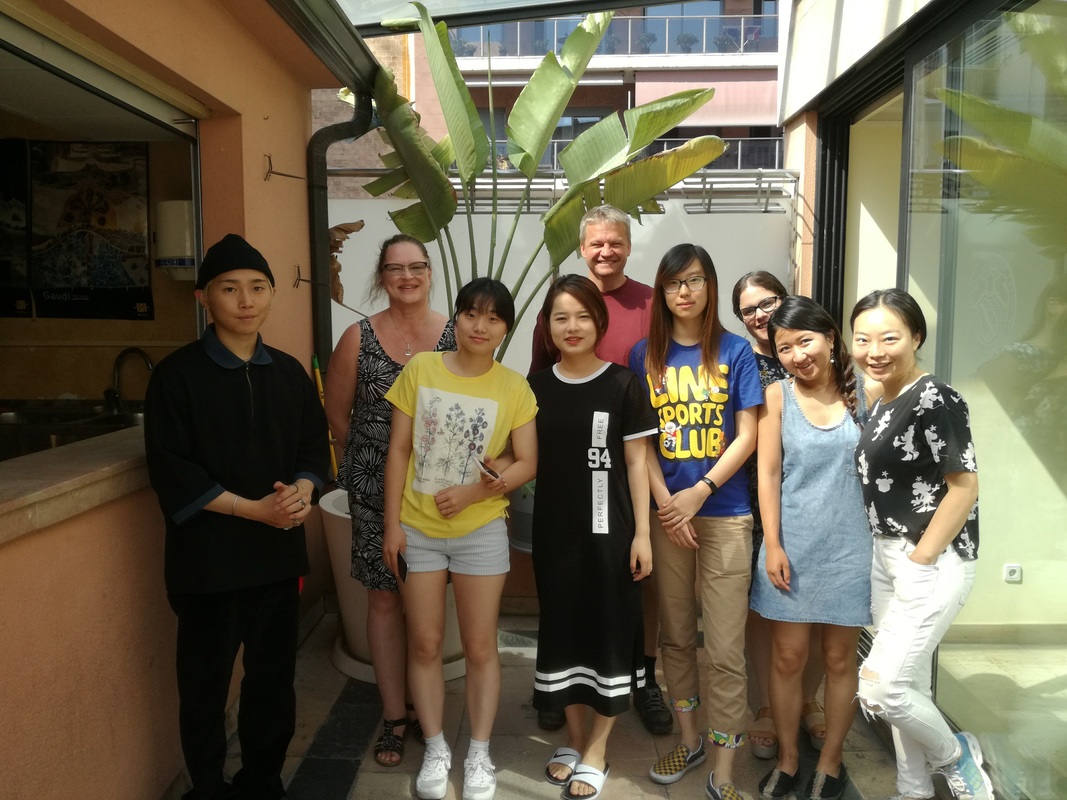 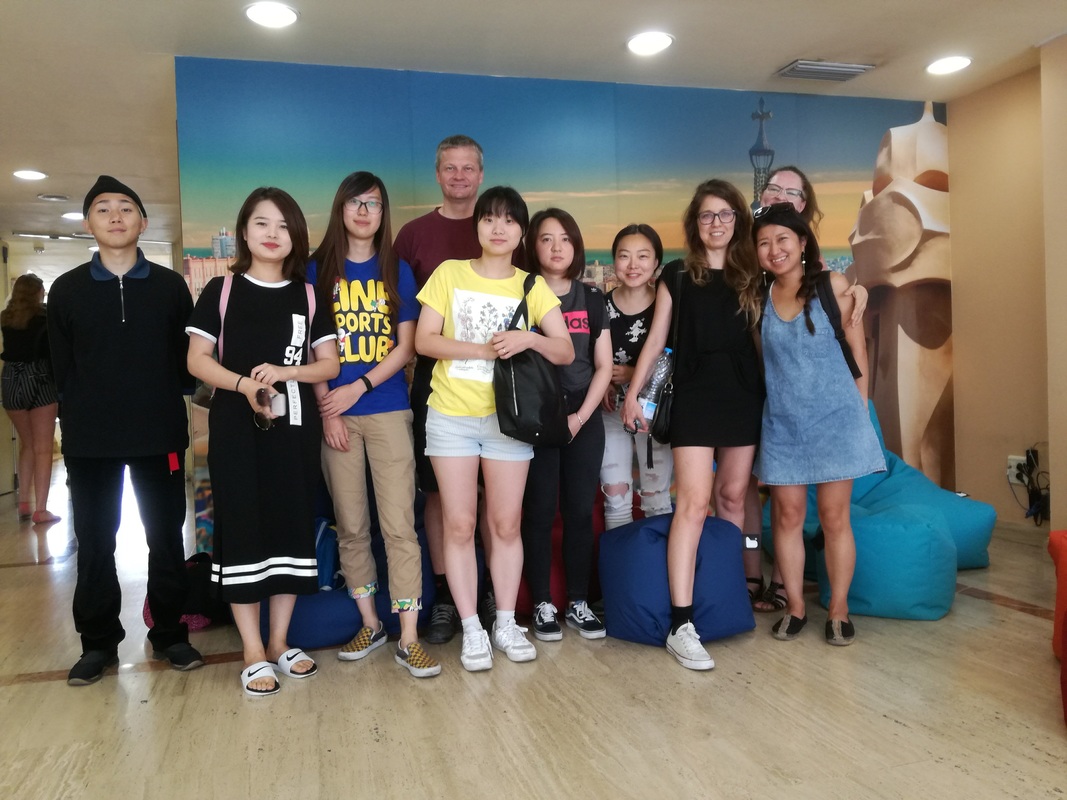 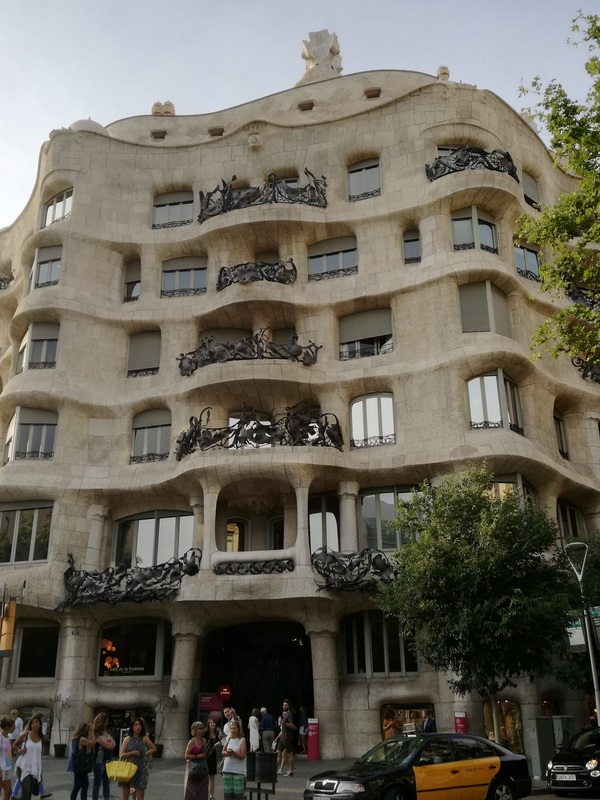 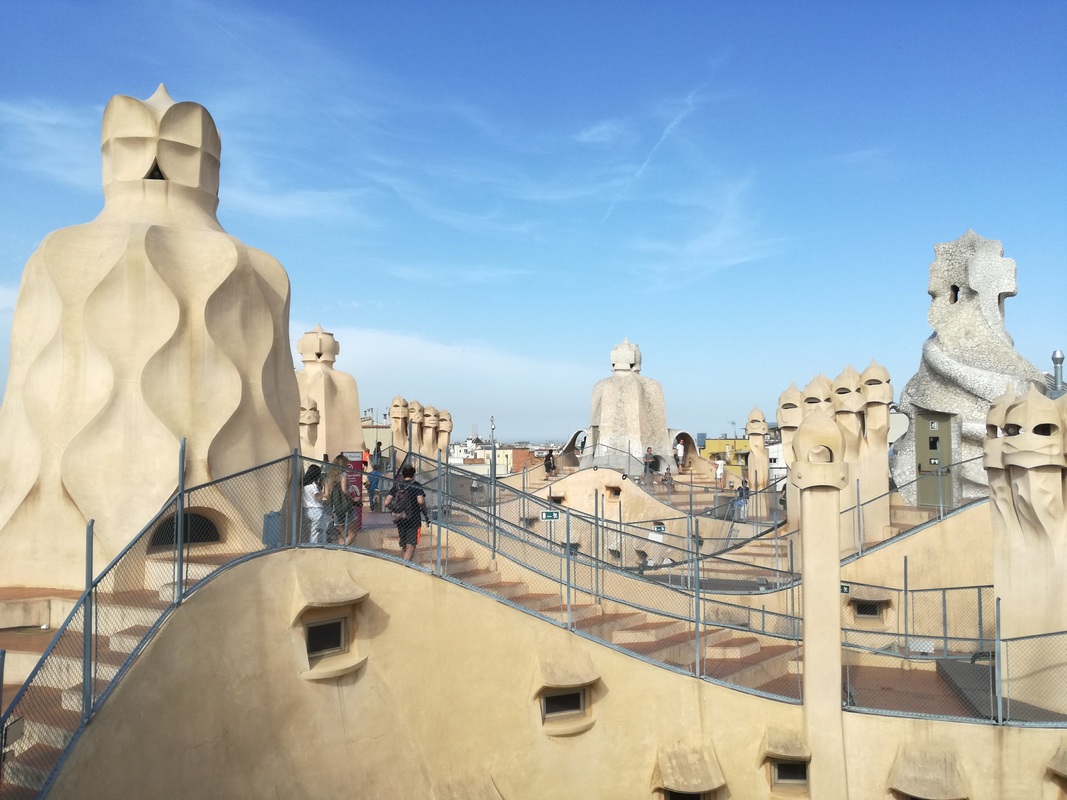 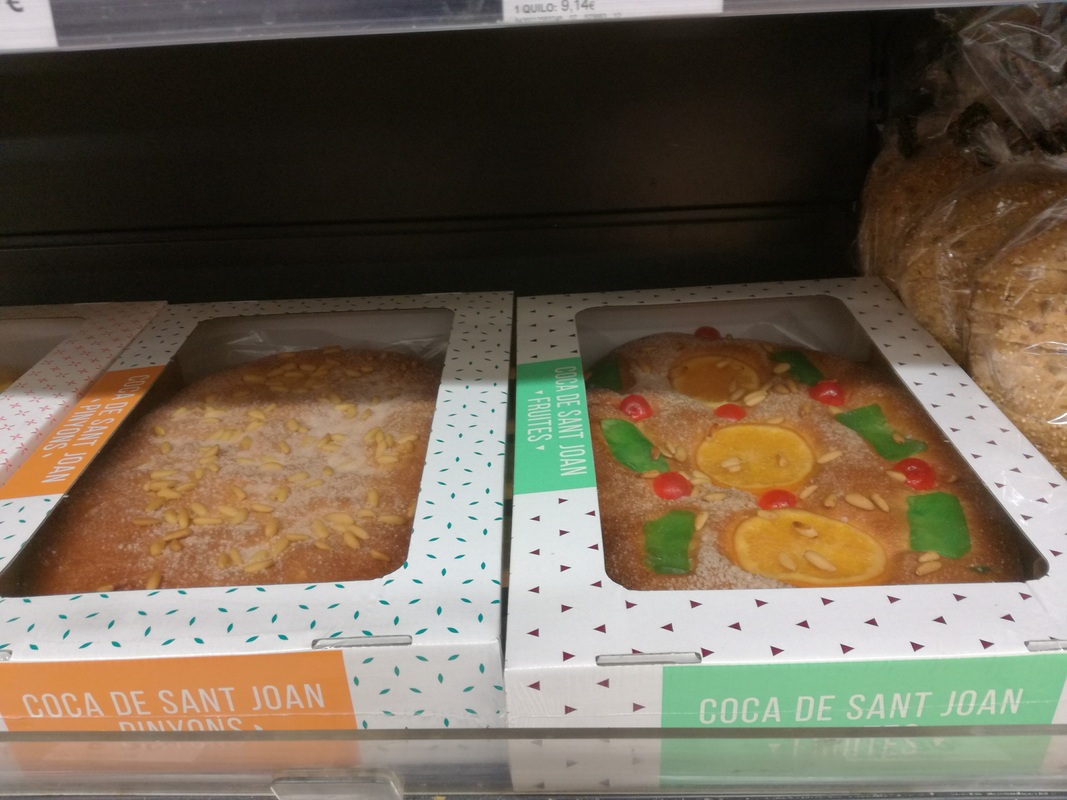 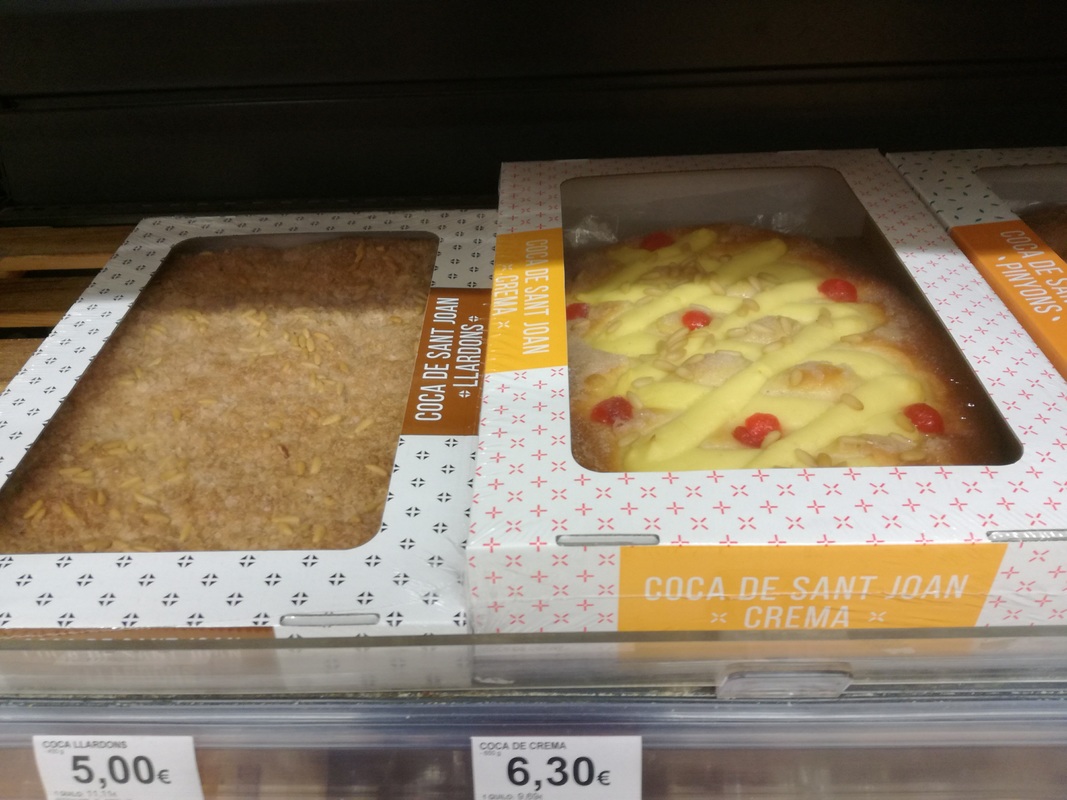 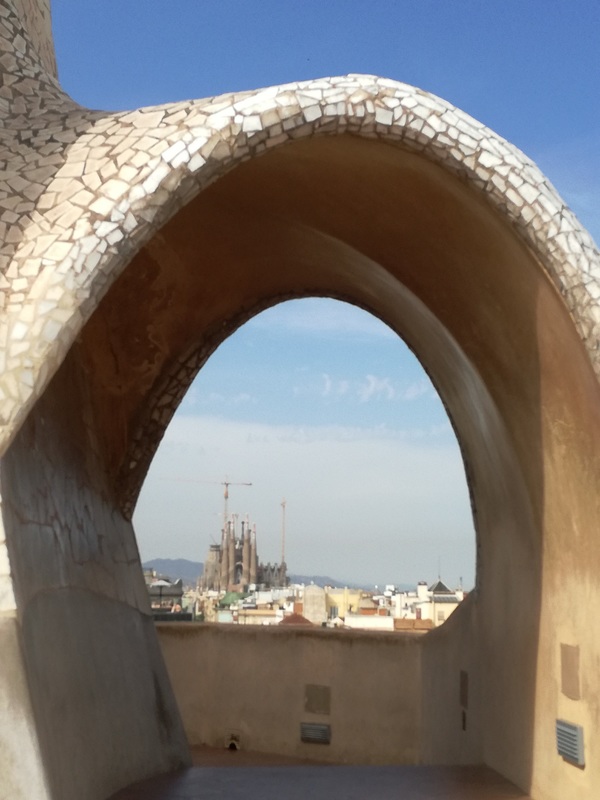 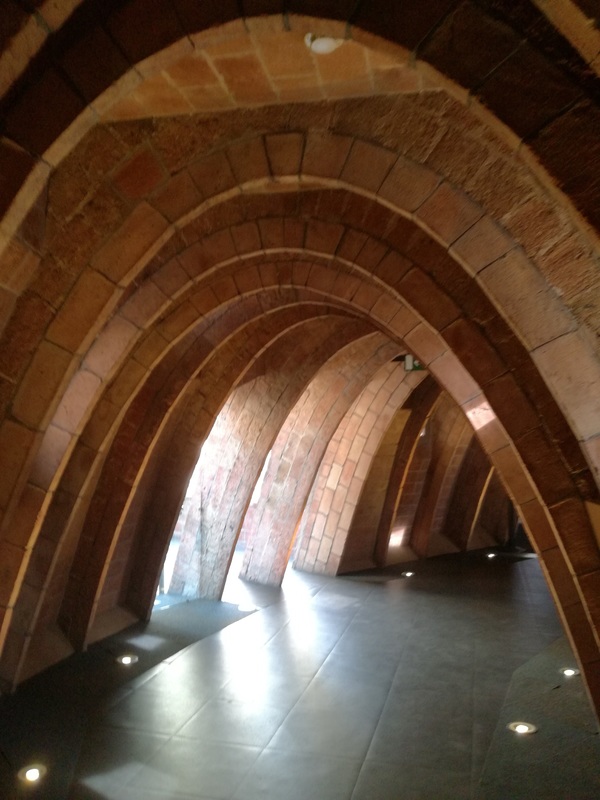 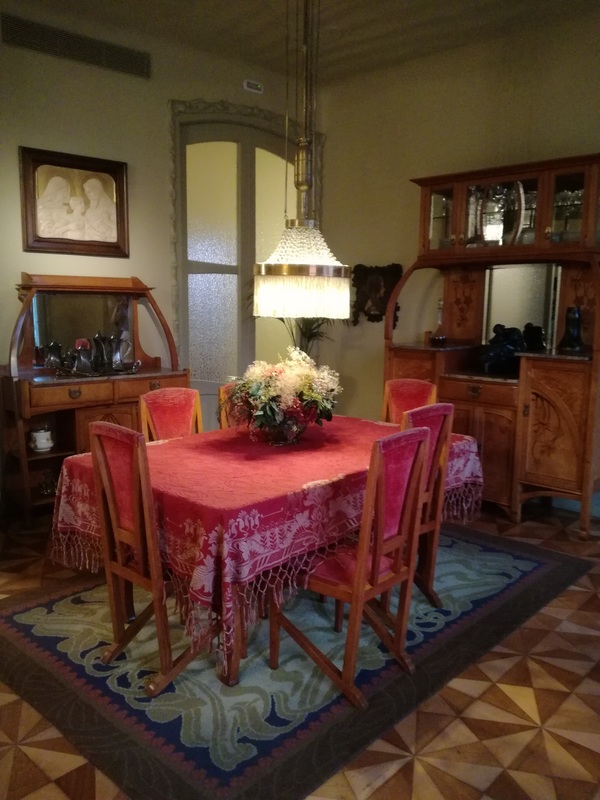