Weather forecast promised cloudy weather for monday and also some rain in the afternoon. So we decided to go and see few more sights and do some shopping. After breakfast we took our suitcases to luggage room and went by metro to Louvre. Beacause we did't have very much time we didn't want to go to the Eiffel tower, but you could see it from the Toulliers park. That's why we walked around Louvre's yard, the park and then we walked along the Seine back to Rue Rivoli and to it's countless shops. Teenager's dream came true.. 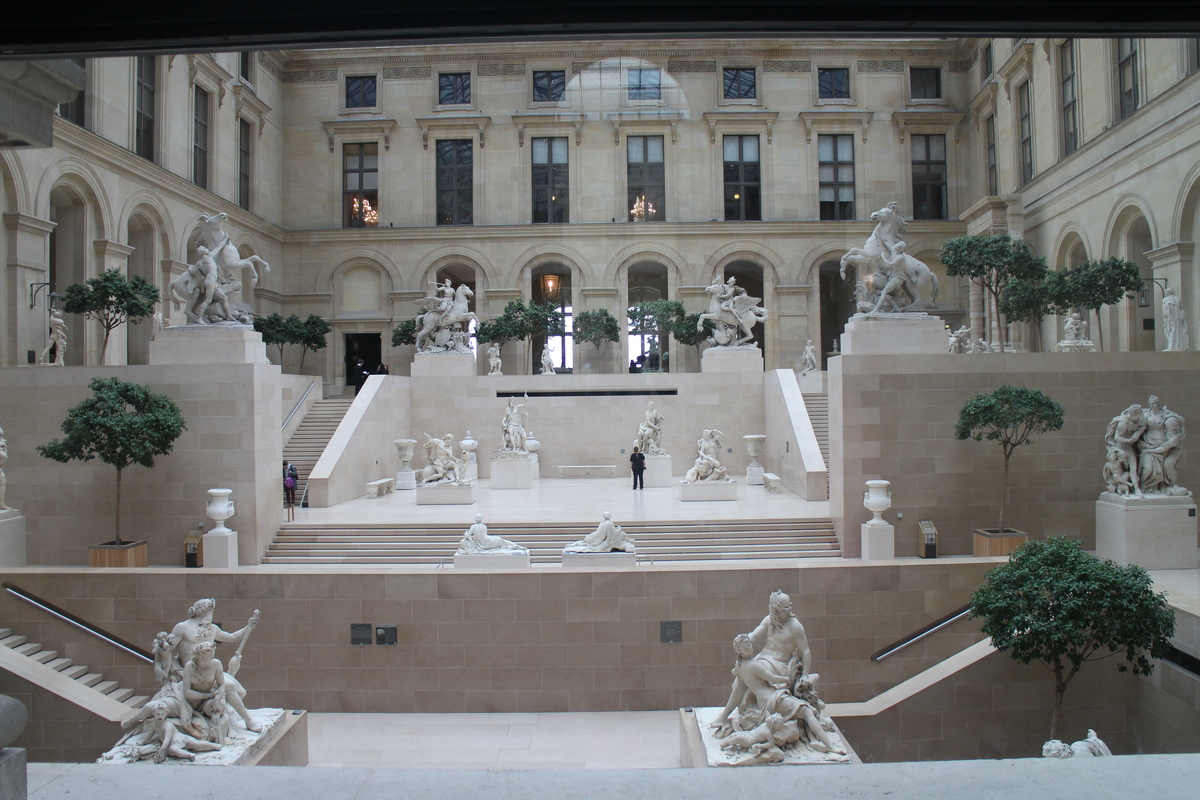 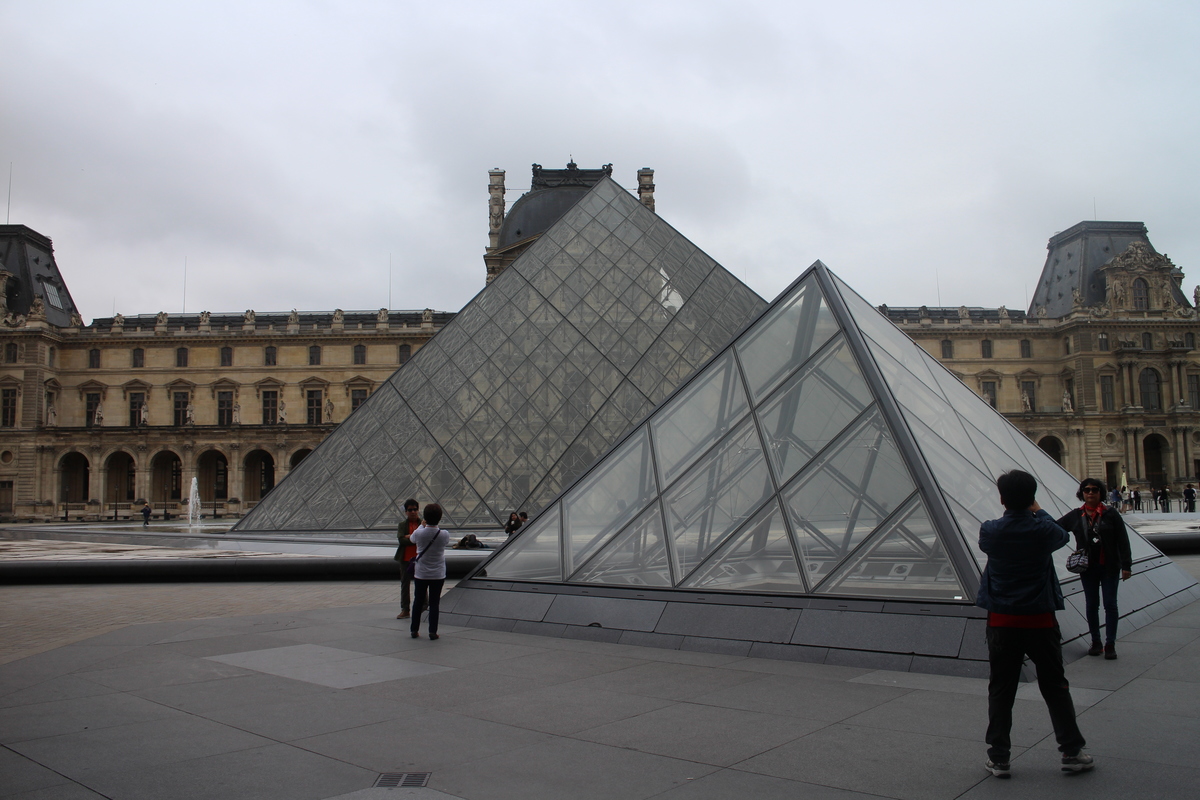 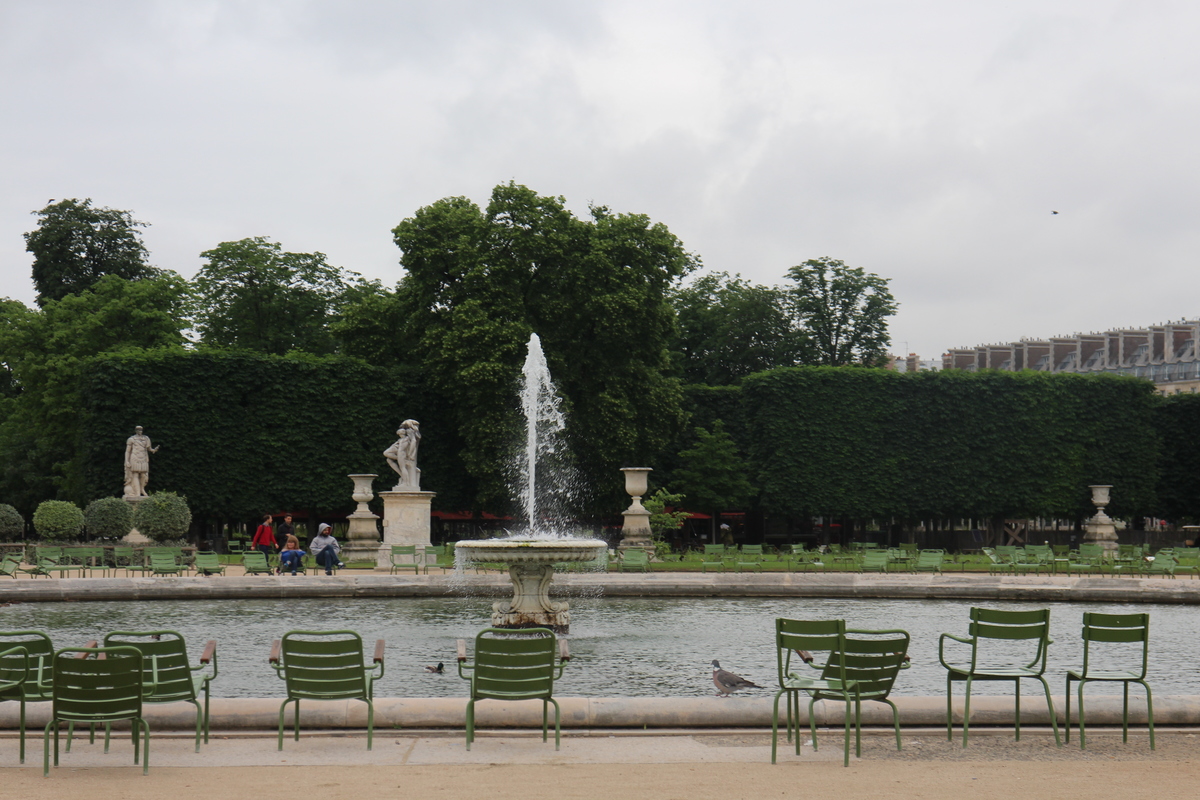 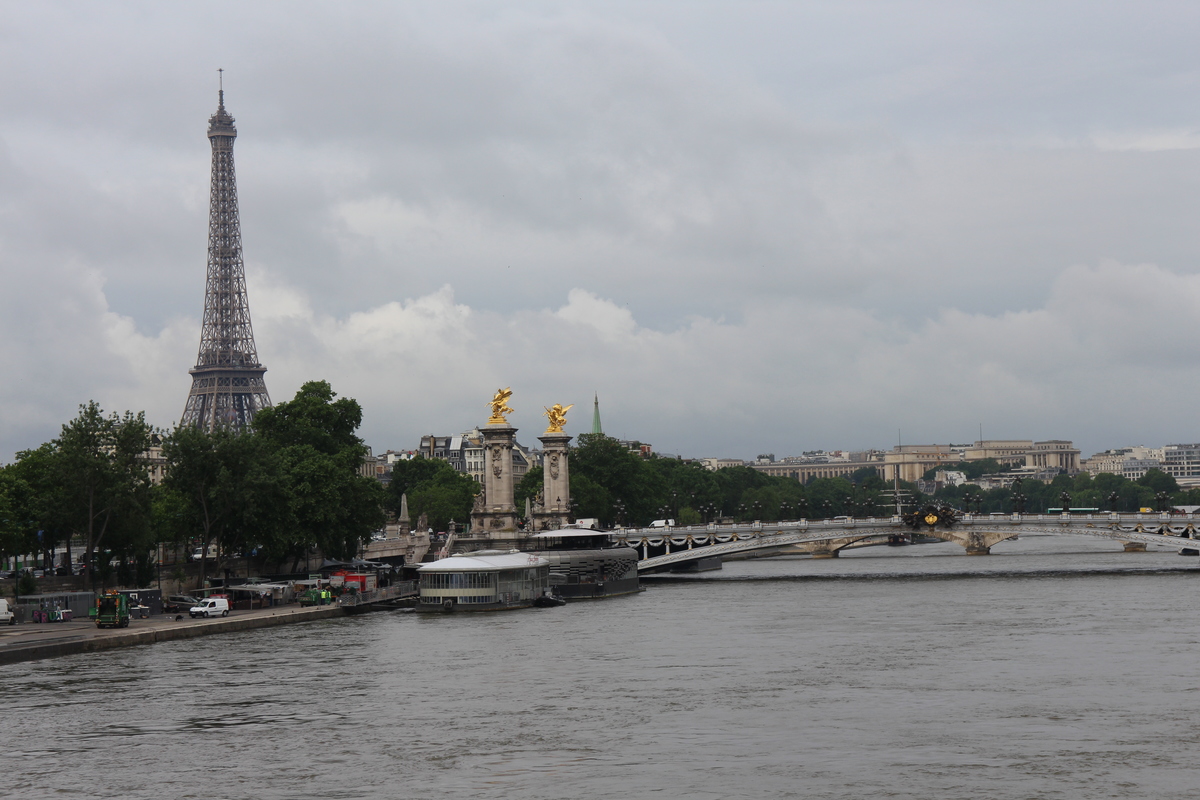 Our last lunch in Paris we had in small pizzeria near our hostel. Pizza was great and dessert good, my daughter said that creme brulee wasn't as good as her brothermade. 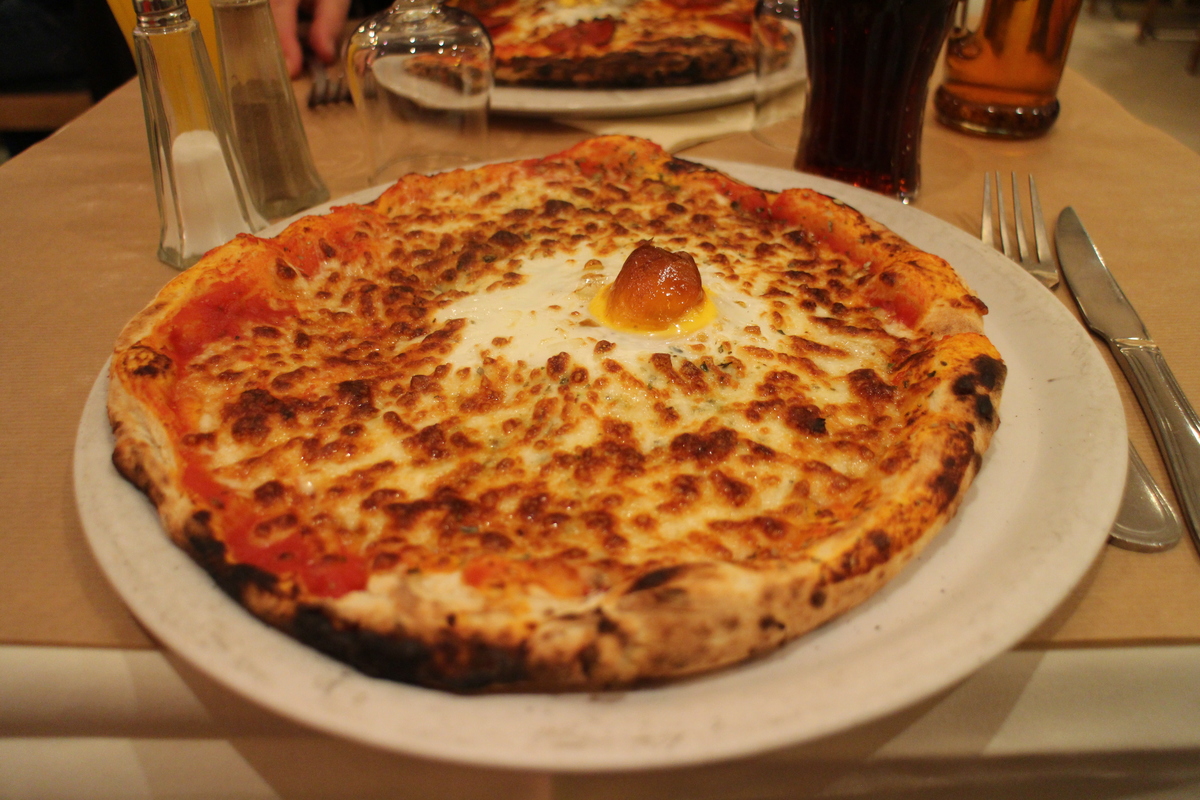 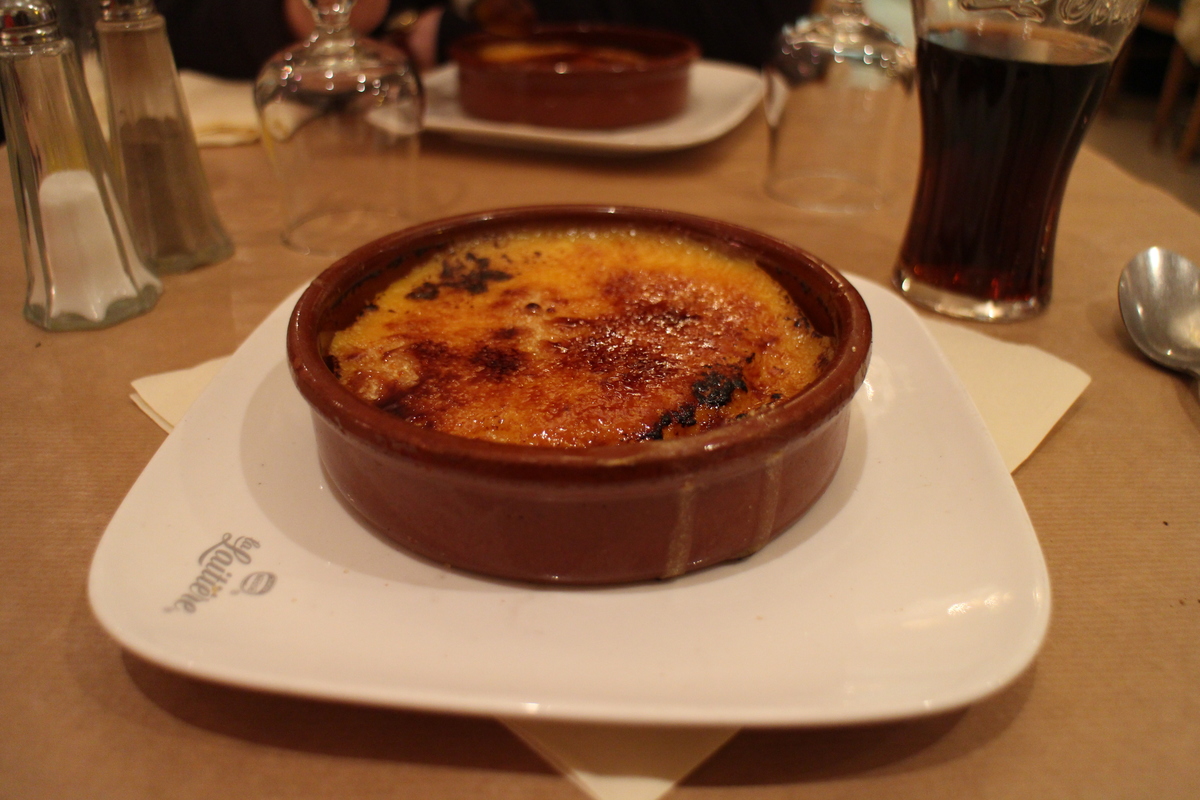 Our trip to the Charles de Gaulle airport was quite an adventure. We went by metro from St Paul to Gare du Nord. That was the easy part. The railwaystation Gare du Nord is quite big place for a country woman; I tried to find a sign showing trains to CDG, but then I decided to ask. A very nice guard told me that he's sorry but because the strikes trains leave from different place than usual and he was very sorry that trains are very crowded thanks to football european championchips. Fortunately we had left hostel early, so some excursions weren't a problem. Finally we were in right train with really very many swedish and irish football fans. They were going to stadium which you could hear and feel from their songs and shouting.
After those football supporters left, we had quite nice voyage to the airport which was already very familiar place to us.
It was almost Tuesday when I laid my head on pillow. Tired, happy and really grateful from this great experience!
0 kommenttia
On Sunday we left La Pommeraye. Our nice hostfamily took us to railway station and this time the train was in schedule. So little before two o'clock we were at the Montparnasse railwaystation and after searching a while I finally find a machine who sold me two tickets for travelling by metro, busses and RER-trains in Paris. I was so happy that I had done this trip from railwaystation to hostel last October, so this was easy part. 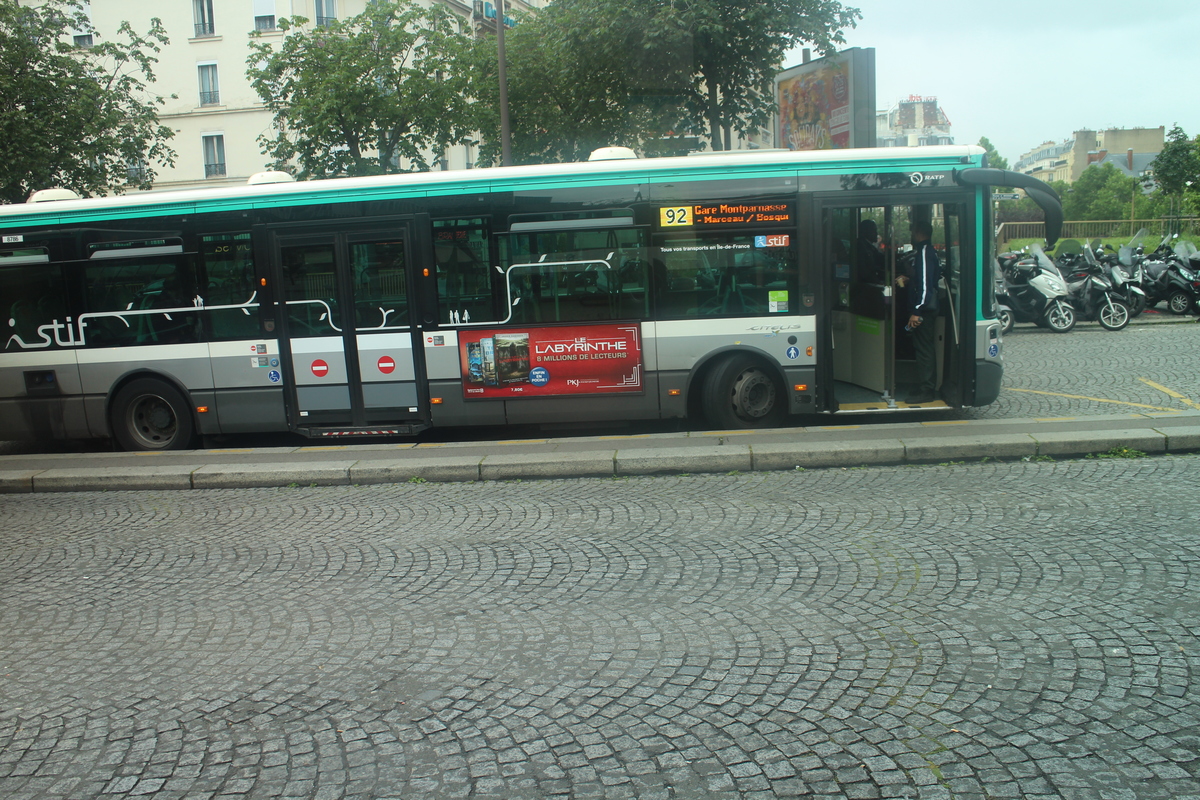 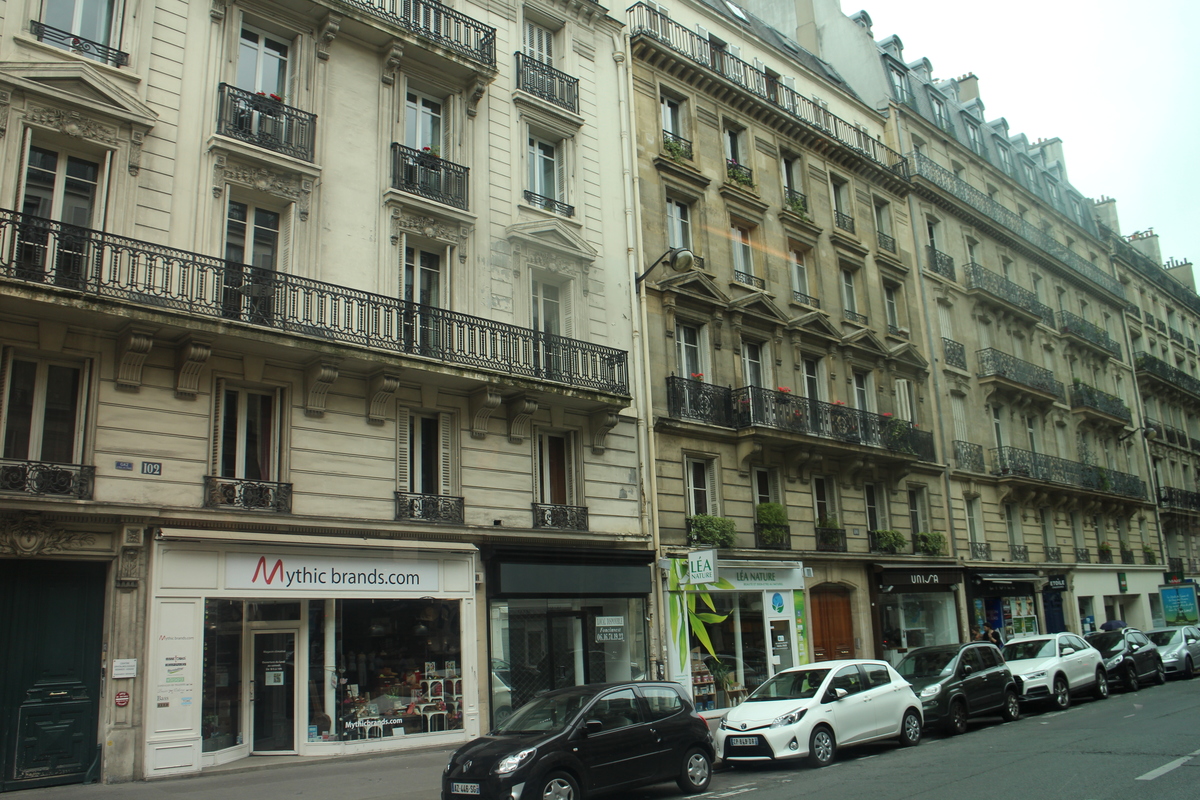 Easily we were in our hostel Mije. We checked-in and after a brief moment of planning we were on the road. First we chose one of small restaurants on Rue Rivoli and had very good salad for lunch. Because it was Sunday quite many shops were closed and we decided to walk to Notre Dame cathedral. At home we planned to go by hopon-hopoff boats to see all the important sights, but unfortunately those boats were not in use because of flooding Seine. 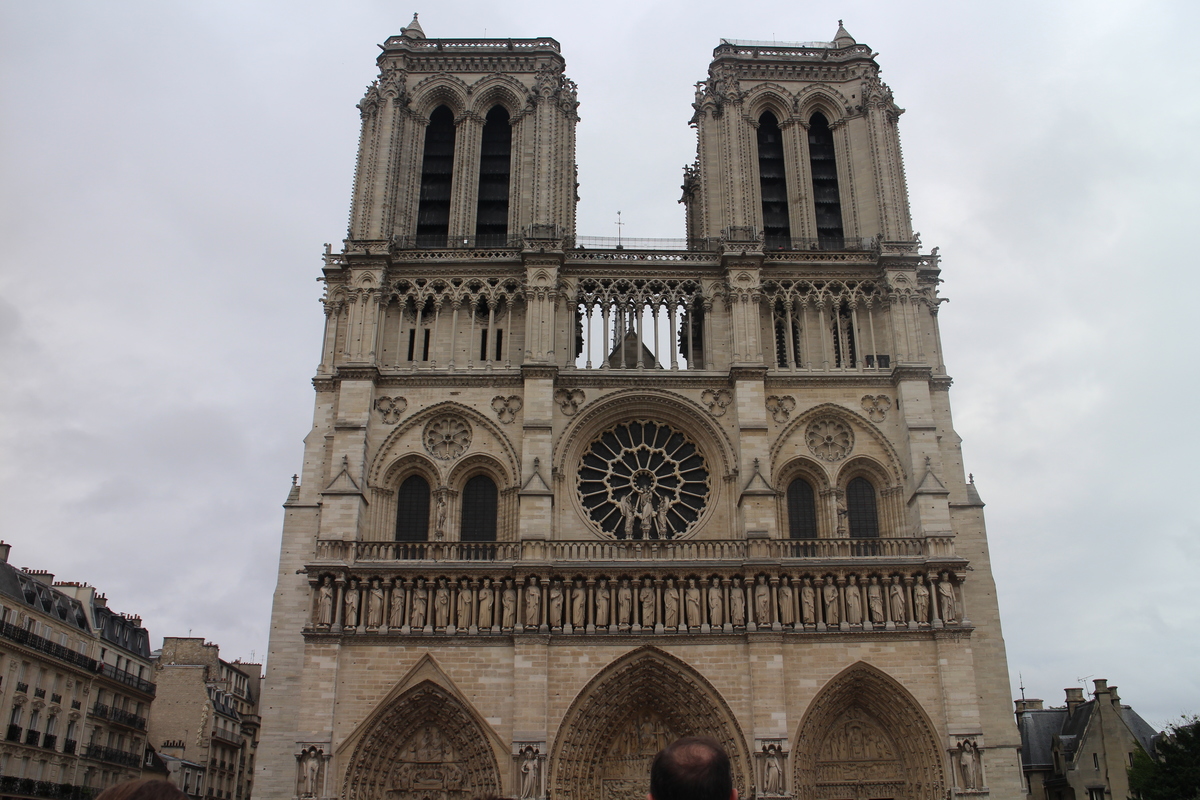 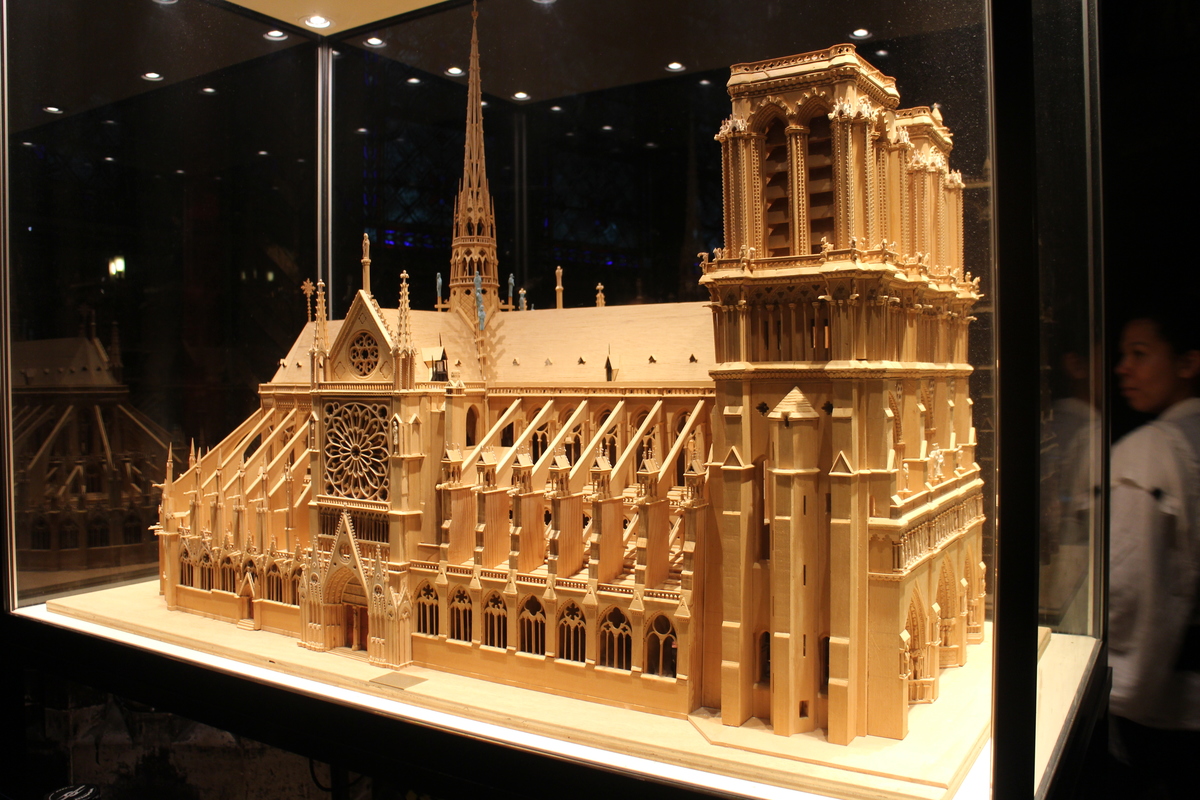 After terrorist attacks in Paris many things have changed. Anne told me that you can see more Tricolore flags both small villages and Paris, there are soldiers and policemen on the streets, at the airport and railway stations, even in Notre Dame my bag was checked and guards has metal detectors. In October there weren't any guards before entrance.

We had a nice tour in the cathedral and we decided to walk by the Seine back to our hostel. Beside street there were many souvenir shops and while we stopped to one of them, it started to rain. It was easy to understand that Seine is flooding. We had only a five-ten minutes walk to hostel, but we got totally wet; clothes, shoes, bags, everything. Soaking we made an excursion to buy some snack and then to warm shower and to bed.
0 kommenttia
Most of you probably know that there are floods in France. During the week I've seen houses sorrounded by water and picnic-areas covered by river. Today we drove to Fontevraud Abbey
http://www.fontevraud.fr/en/
along the riverside and saw more damages floods have done. Otherwise Loire valley is really beautiful. There are small villages or maybe towns and endless vineyards and of course other kind of farming (some cows and sheep, asparagus and wheat) between those villages.

Because we didn't have any schedule, Anne took a route with small, curvy roads. It took a little longer but I had many things to see and to ask. La Possonnière, Saint-Jean-de-Croix, Saumur, Montsoreau and so on. Narrow streets, light brown houses built of stone, medieval churches, small restaurants and of course at least one bakery/village. French people usually buy fresh bread every day. Well, for breakfast you can toast yesterdays bread, but otherwise you always get a new one. Anne told me that in Montjean, where she lives, there are two bakerys: one is closed on Monday, the other on Wednesday, so people get their daily bread.

But back to the road. As I mentioned, we didn't have any schedule, so after about 40 minutes drive, Anne suggested that we would go and see the Brissac castle. It's one of few castles there someone still lives. The family have lived in their castle for 500 hudred years. Present owners have wineyard and of course tourism. You can have guided tour in castle and after that taste homemade rosé-wine and jams. And yes there is a small shop, so you can take some home too. Anne bought jams and I got one jar. 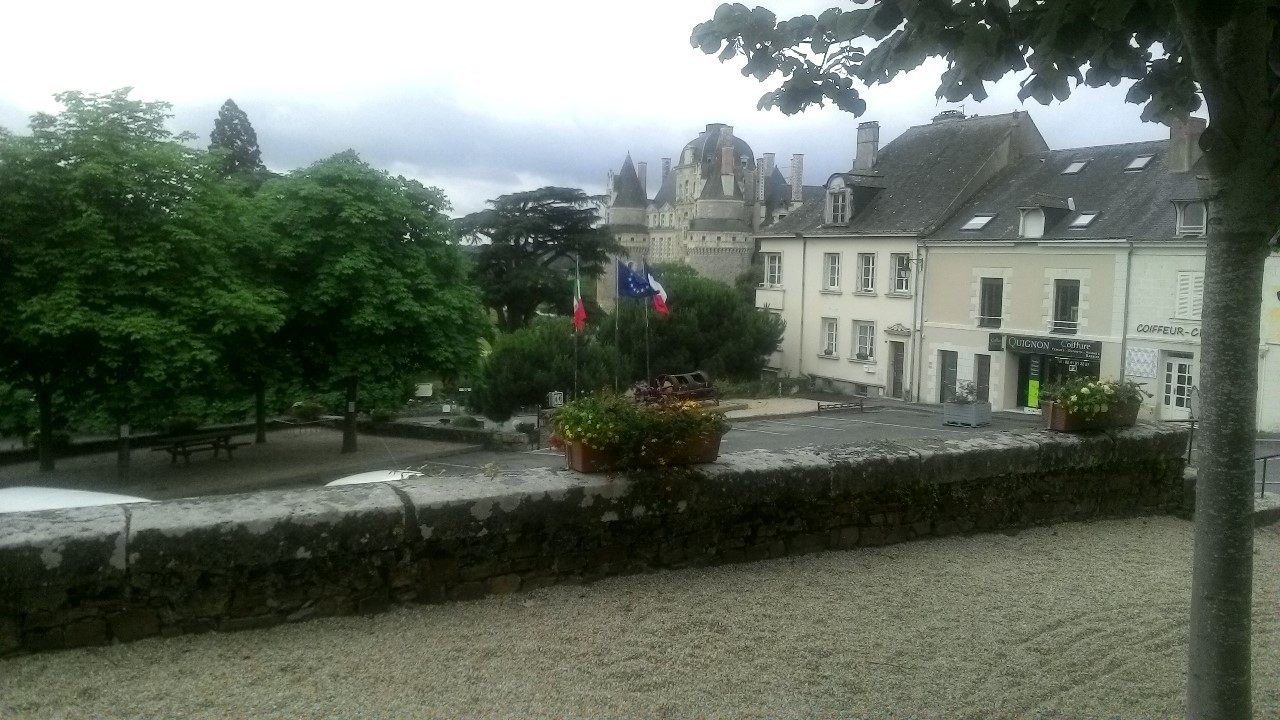 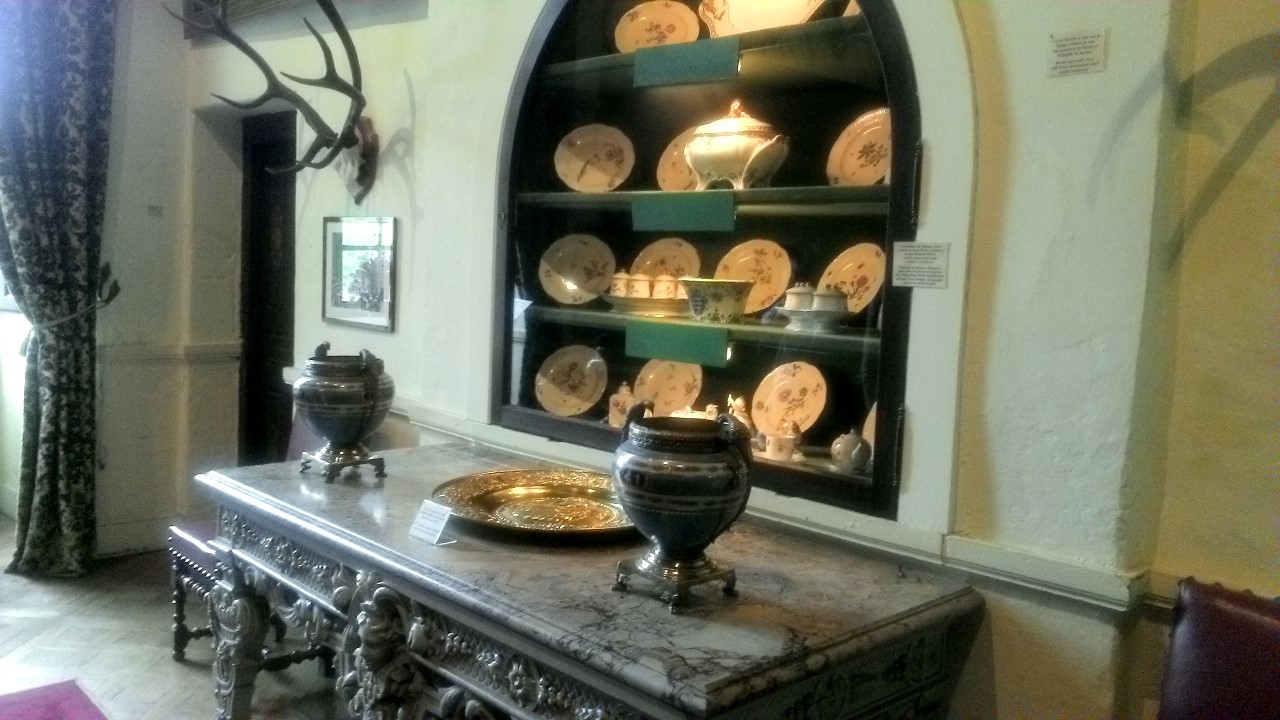 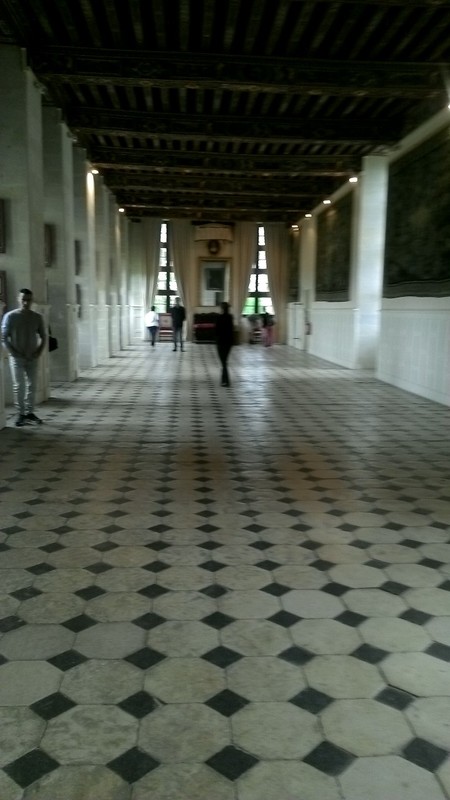 After our shopping in Brissac castle, we continued our trip along the river. We stopped for lunch to one of those small villages. Finally we got to the Abbey. It has very long history, first as benedictin abbey, after revolution as prison and now a popular tourist sight. There has been many reparations but you can still imagine nuns and monks going around. This abbey was one of the first abbeys where there lived both men and women. And it was led by abbess. Famous king Richard the Lionheart was buried to this abbey. 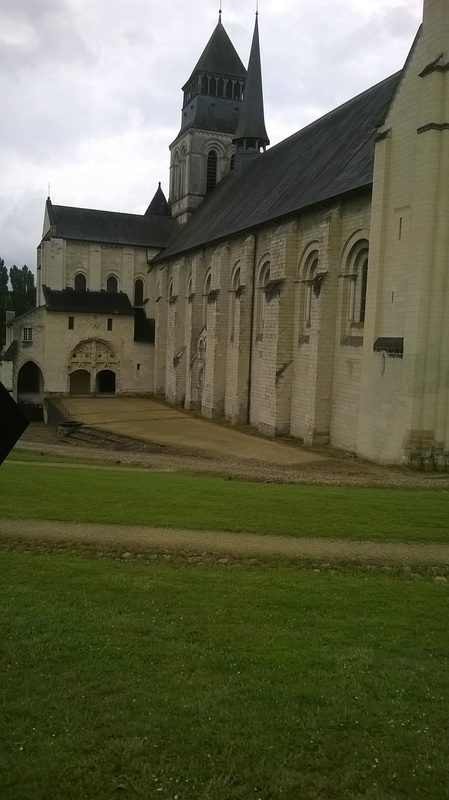 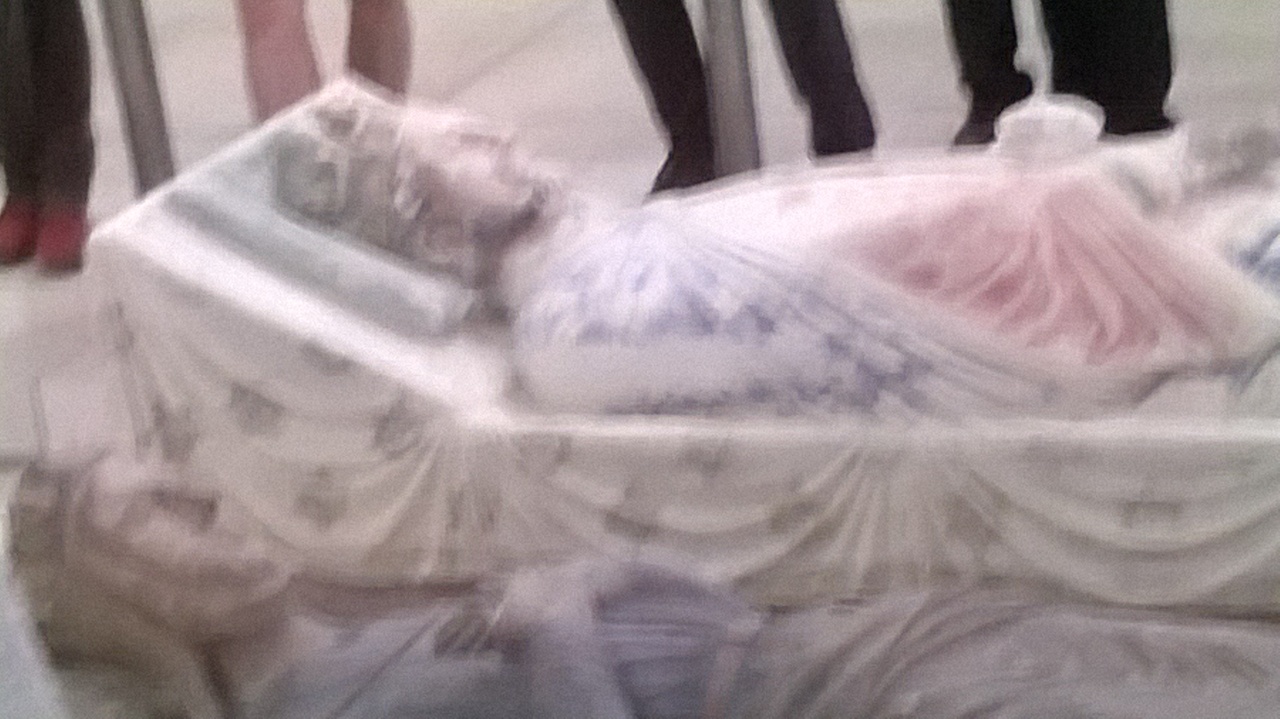 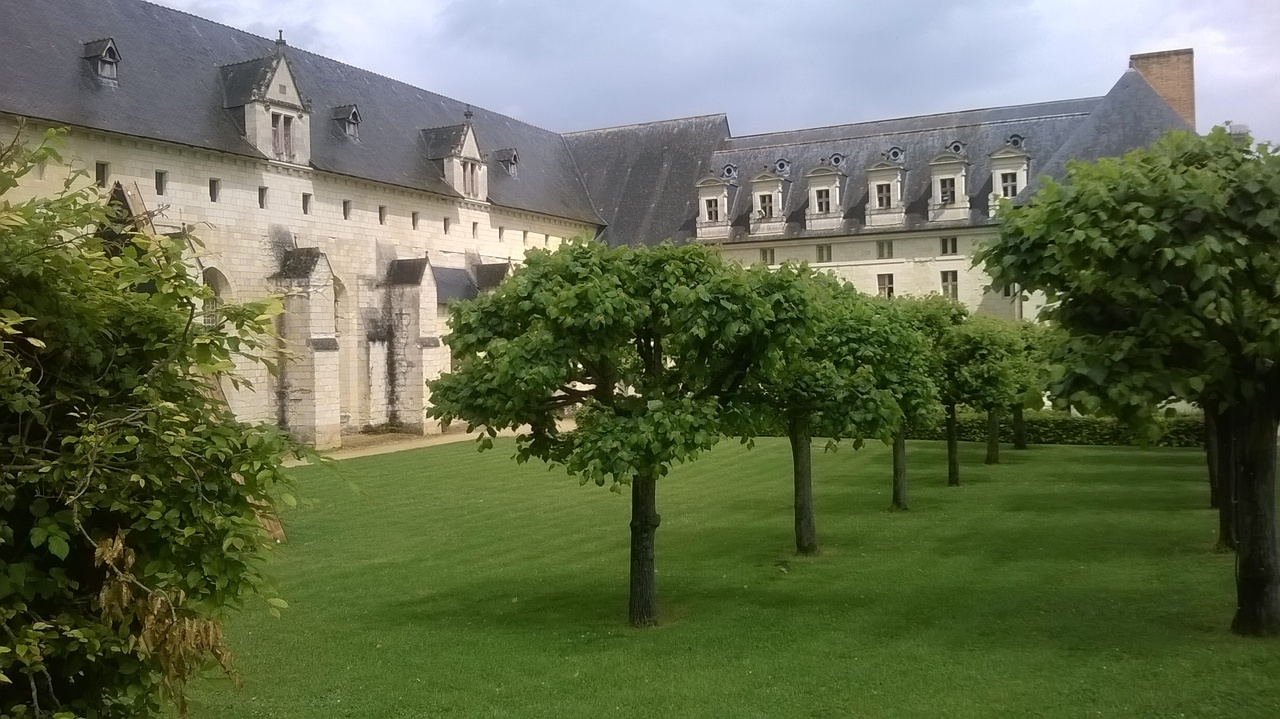 We had a long day, but it wasn't over yet. After we got back home, Anne got a message from my daughter's hostfamily: they had also got home from their visit to Angers. So it was time to say goodbye to Anne's husband and their dog and take my things with me. Anne took me to La Pommeraye because I was supposed to spend the last night with my daughter and her hostfamily. Anne stayed for the aperitif and we had very nice conversation about how important this kind of international co-operation is.
We had a long dinner with pasta bolognese and it was already almost Sunday when we went to bed. 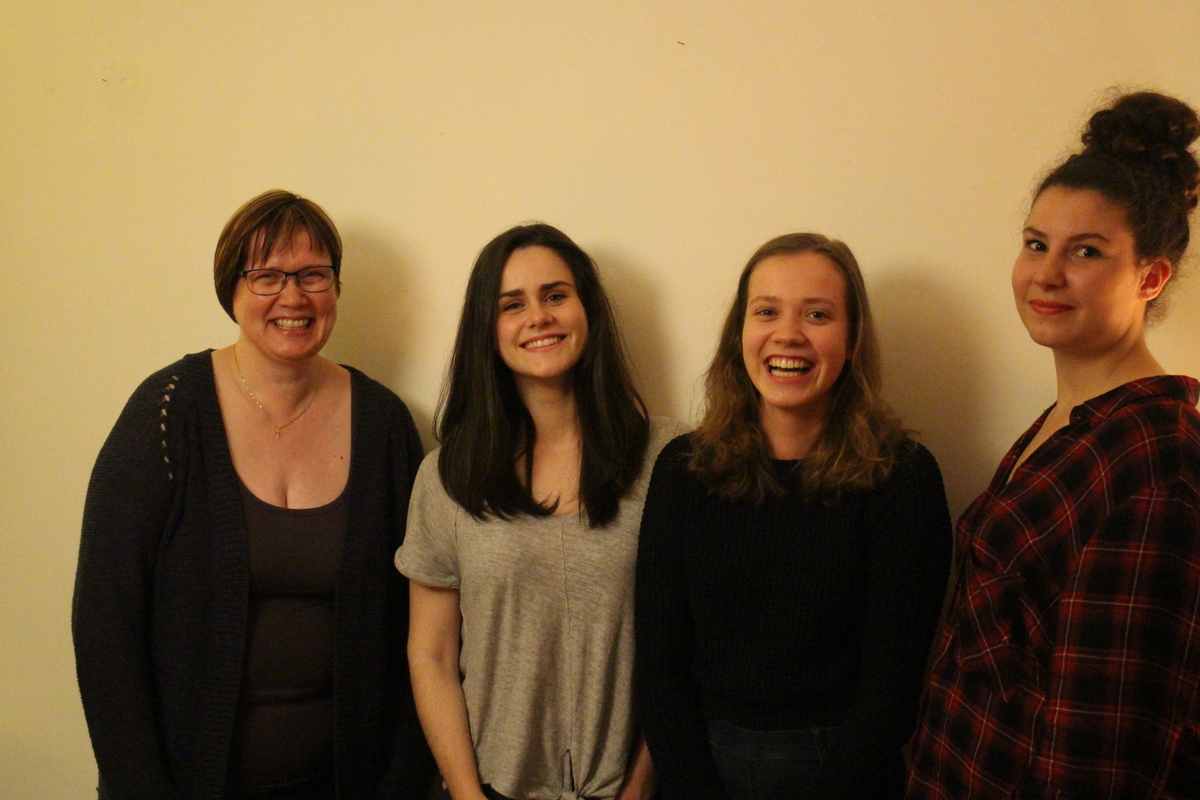 0 kommenttia
Time flies when you're having fun. This was the last day at school. I started at nine with young English teacher, Mathilde. She teaches both La Pommeraye and Challones. The lesson was for a troisieme class in collége which means they'll soon finish their middle school and start high school or professional studies. Pupils were working in small groups making pages to a "year book". They seemed to be really excited from their task. So we had time to speak about teaching and working with teenagers and Mathilde showed me evaluation papers, ready works and selfmade dictionaries. After boys got ready their pages they wanted to know about Finnish school. They needed teacher as interpreter because as Mathilde said this was a special group for those who have had and have some problems in English. 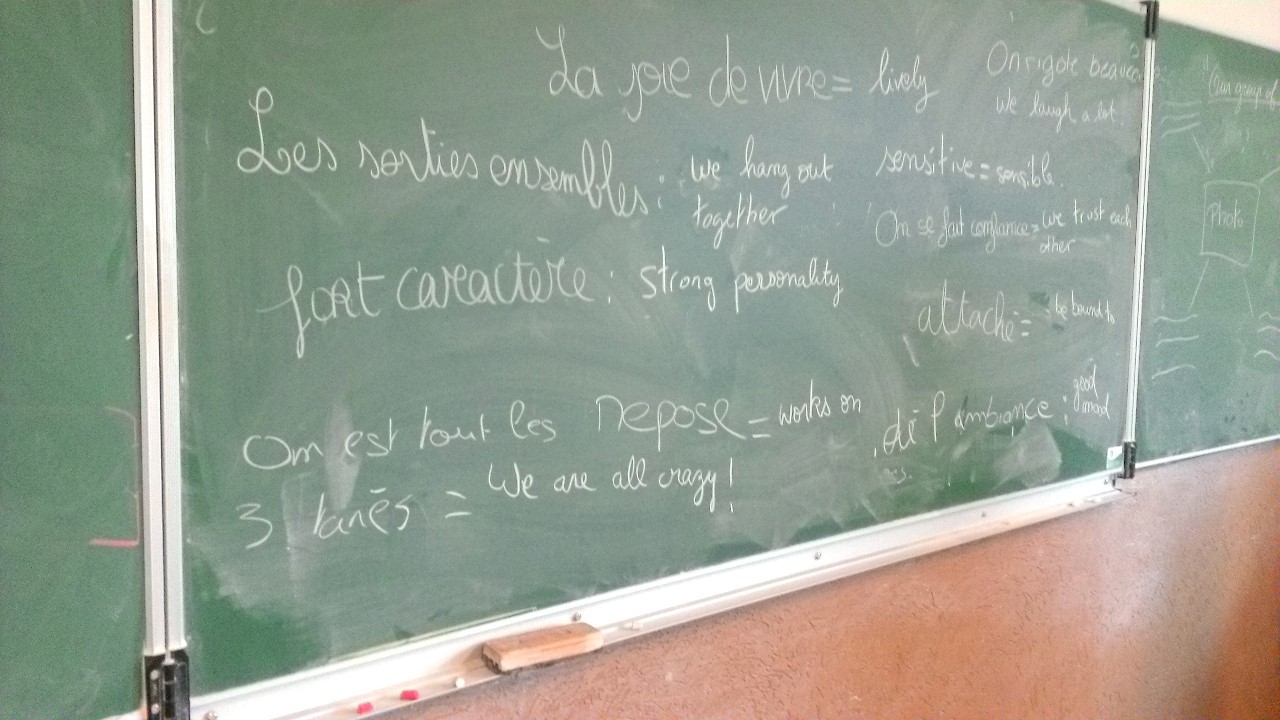 An interactive dictionary: pupils wrote on blackboard words or phrases which they didn't know and teacher gave them the answers.

Before lunch I had meeting with history and english teachers who are trying to apply Erasmus+ KA1 support. They wanted to ask some advice for the process, so I tried to do my best with help from Sanna.
I've started already in the morning to say goodbye for many people. Even the lunch was farewell lunch, we had it with Anne and Philippe in nearby hotel. Food was good and company excellent! 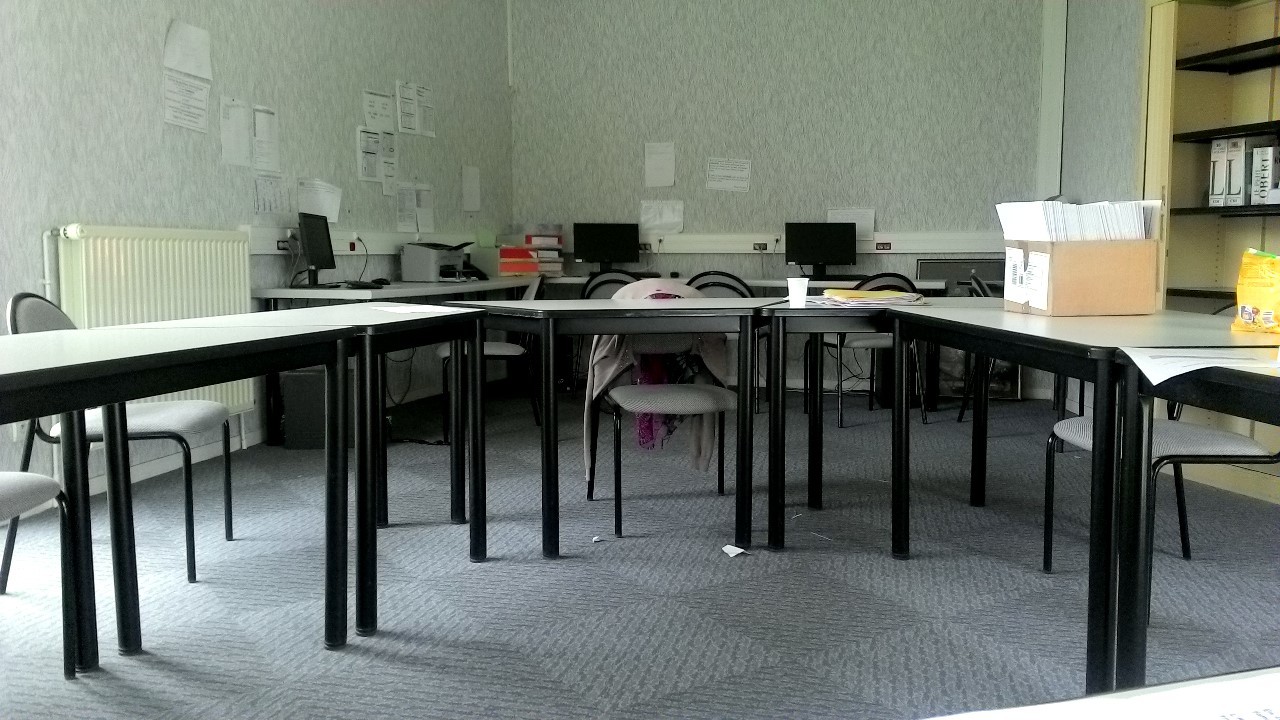 In the afternoon I worked at school: I wrote my blog and waited that schoolday would end. We were invited to Bernard for dinner. I know Sanna would like to be there too because we had artichoke, asparagus and strawberries straight from their own garden. And the roses... After dinner it was time for goodbye kisses, again. The greatest moment of the fine day was when I said goodbye to Chantelle (she's headmistress for Lycée) and all in French without Anne helping me! This should motivate me to do my French homework. 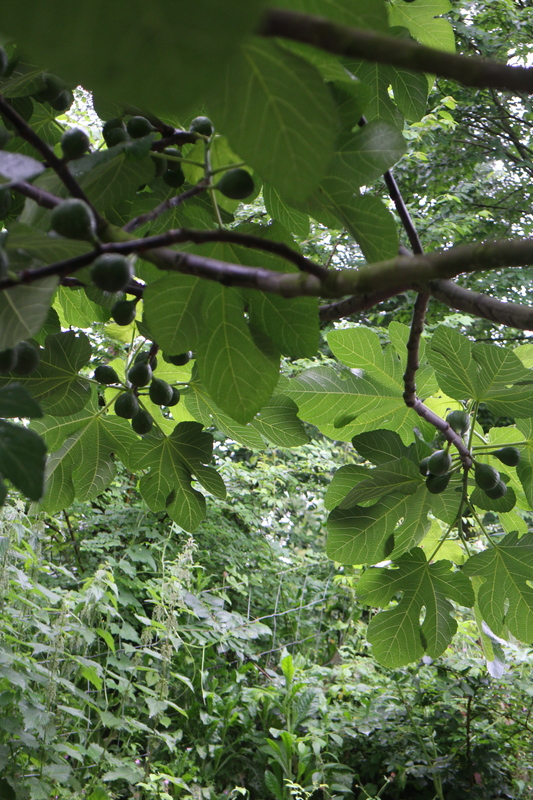 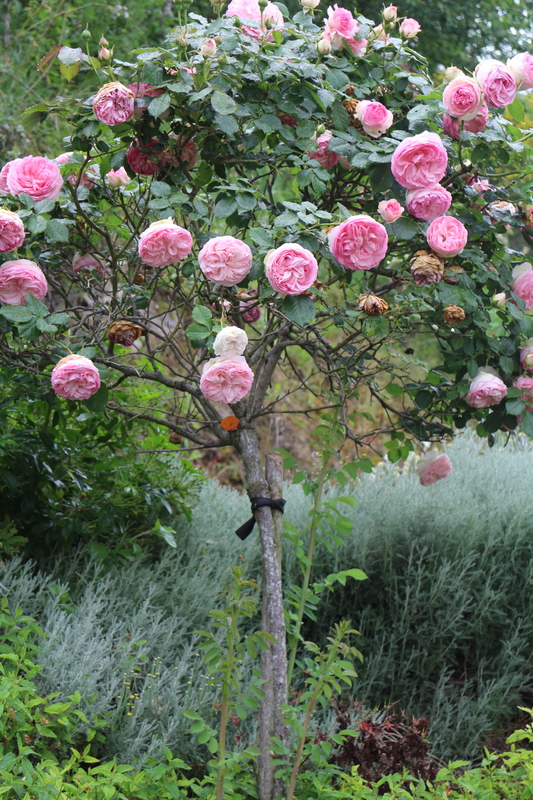 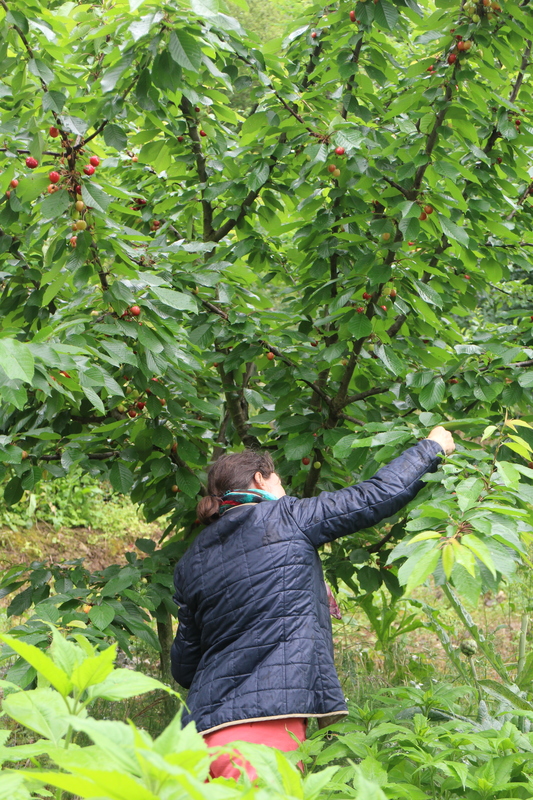 2 kommenttia
In Lycée Saint Joseph you can choose to study in European section. It means you have more English during these three years in Lycée, history in English and of course exchanges. So today I job shadowed one history teacher and his lesson. The students were working in library (which I would like to take with me). They had been talking about disagreement with the Greeks and the Britsh Museum about those treasures which are in London, not in Athens. The students were supposed to make a discussion between ancient greek gods about this subject. Seemed they took their task very seriously.

Those students who had been in Finland or in Slovakia had a task to study more something of culture in country they visited. They were supposed to keep a presentation about things they've studied for two teachers and was given a mark from it. They also had kept a diary during they trip. I went to see couple of those presentations, for example from Vaasa sport hockey team and sauna :) 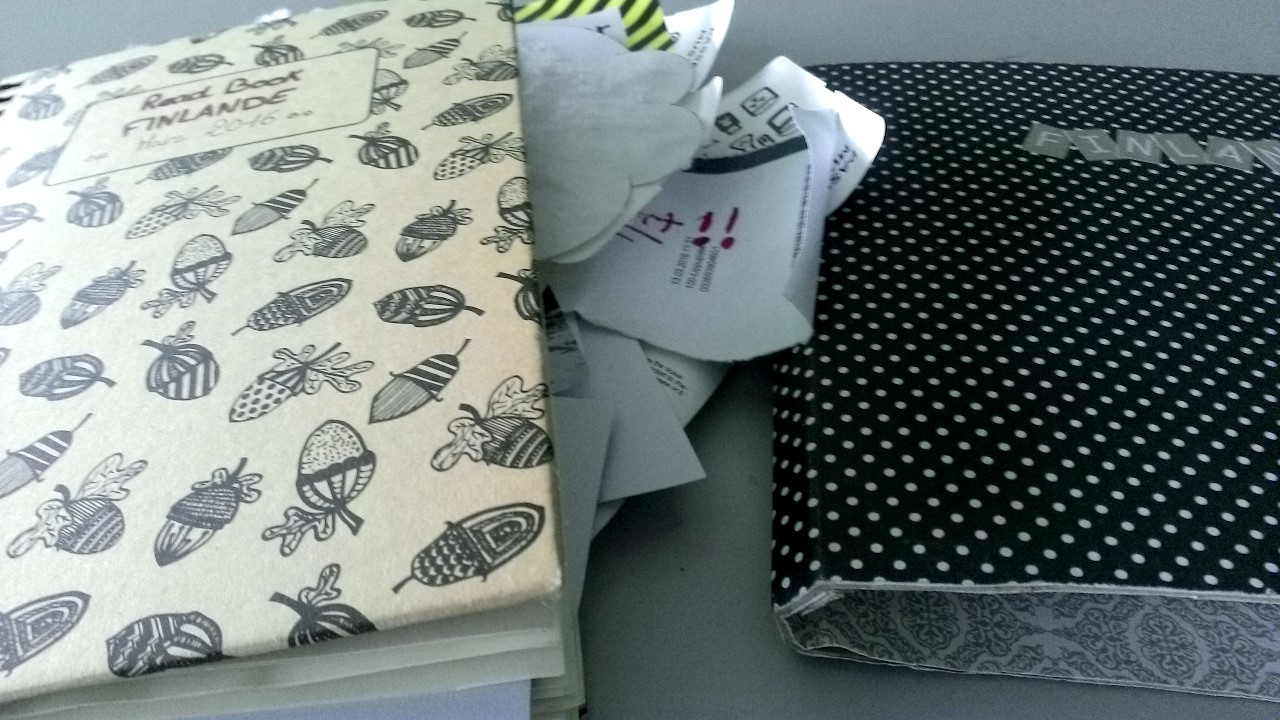 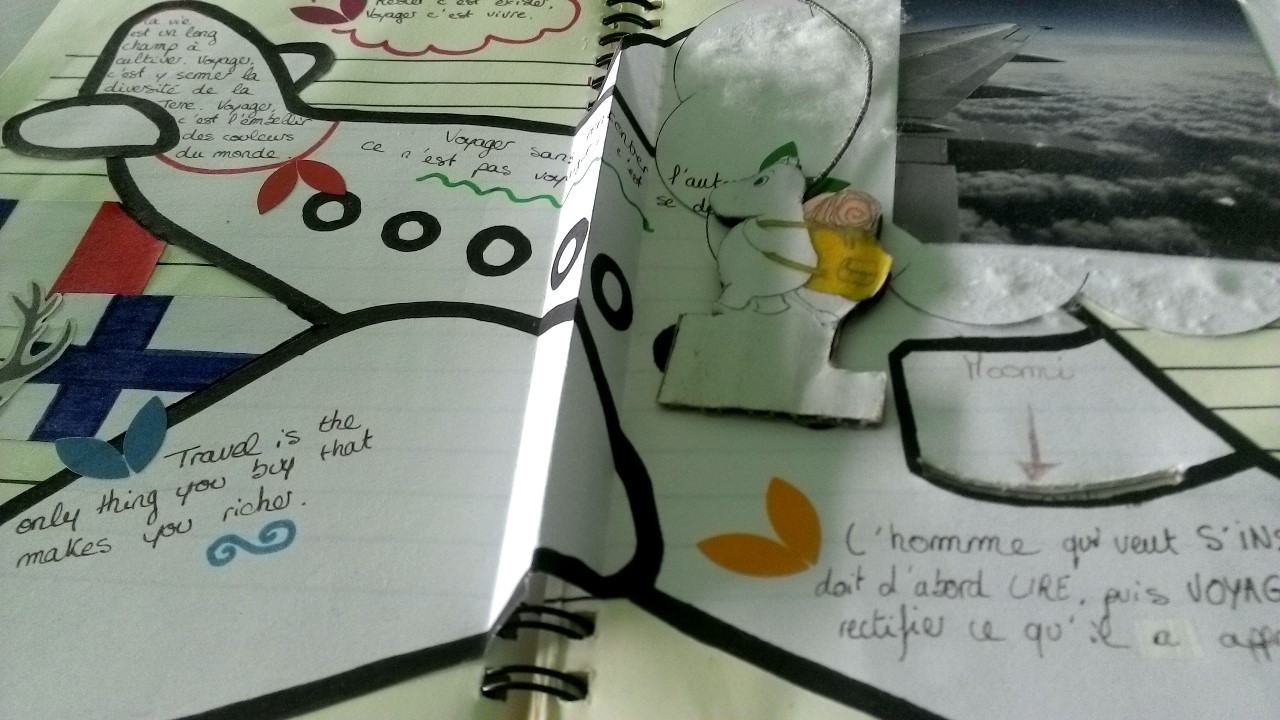 We had a meeting between local international team and I after school. They need our decision about next February before end of June. The visit to Slovakia is already ok, so they are hoping that we can welcome them. Next year there'll be maybe 70 students in European Section, so they'll need three schools for exchange. It's nice to here that the most important thing for collegues here is that their students can stay in families and see ordinary school. Because that's what we can offer. They had also liked the national park in Leivonmäki and the day in Pekkanen :)
A little bit like yes to our meeting was the visit which Anne, me and Riikka made in the evening. We were invited for aperitif by a family whose son we hosted in our home in December 2014. Really nice family and we had good time together. It was good to hear that both they and other families have been very satisfied their children's visit to Joutsa and to our school. They said that after the students came home from their visit you could tell from their faces and from their stories that their experience had been very well. This family also hosted one of our students last October so I heard very fine things also from our own students :) It was really good to hear these things, because sometimes you doubt the meaning of your international work.
0 kommenttia
Kaikki blogimerkinnät