At the 12.10.2018 we made an excursion with our course to the „Struve Geodetic Arc“-point in Oravivouri. This arc is a chain of survey triangulation to establish the earth’s shape and it yielded the first accurate measure of a meridian. It was built from 1816 to 1852 directed by the astronomer Wilhelm von Struve and the Russian officer Carl Tenner. The arc stretched from Norway to the Ukraine through ten different countries and is over 2000 km long. We were heading to one of the 256 main station points.There the measure point is marked with a stone and you can see the small hole on the ground. So far it isn’t that impressive place if you don’t know about the reason behind. But for me it is quite impressive if you remember the length of this arc, the time it was build and according to this the lack of an industrial support with machines or something similar. Especially by climbing the observation tower you get an idea of the distances and it becomes even more impressive. Also by the way, from this observation tower you also has a beautiful overview of the landscape of Finland! Vanessa

Within the framework of the cultural heritage education seminar at the University of Jyväskylä, we had the chance to visit Cultural Heritage Sides around Jyväskylä. We started at the Struve Geodetic Arc, which was inscribed in the UNESCO list in 2005. It is a chain of triangulations distend through 10 countries and 2.820 kilometers in total. The points were part of the first exact measuring from 1816 to 1855 of a long segment of the meridian and therefore a considerable progress in the understanding the size of the planet. When we arrived, there was a small hiking path through the forest and up to the measuring point. Along that way, they build up stairs for the visitors, because they way is very steep at some parts. We tried to imagine how the people came up there in the 19 centuries without the help of stairs or any other good walking equipment. Next to the measuring point is a platform with an amazing view over the lake and the forest around. It’s definitely worth to go there, on one hand, because of the history and the meaning as an important Cultural Heritage Side, on the other hand, because of the wonderful nature around this place. Sarah 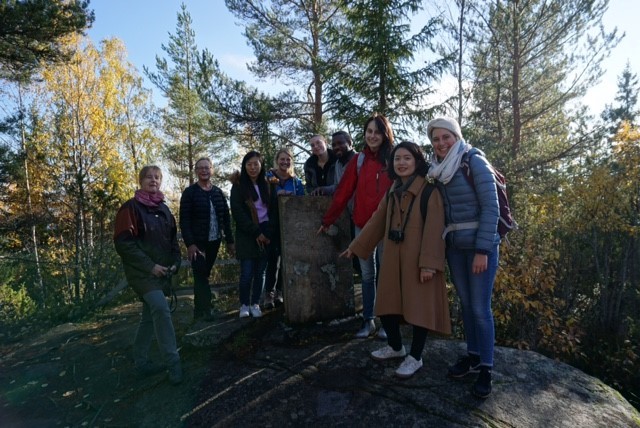 I loved the way through the forest up to the observation tower. It was good that I had good shoes and I think it would be a lot of fun to hike around the hill for a day. When I was up on the tower I thought about how exhausting it must have been for the people back in the days, when they built the tower. How difficult it must have been to bring all the instruments up on that hill and they didn‘t only do it with this hill but all through Finnland. Standing right where they messured and seeing the marks in the stone is an amazing feeling. And of course the view alone is worth a visit! Katrin

First,we took car to a place near Struve Geodetic Arc and then we walked to the final point on the hill.According to the background information,the Struve Arc is a chain of survey triangulation stretching from Hammerfest in Norway to the Black Sea,which continues through 10 countries and over 2802 km.This survey was carried out in 1816 to 1855,around 200 years ago.In the survey across 10 countries, there are different markings of the original station points.The original station point we planed to visit today is a drilled hole in the rock in one hill.Along the way to the final point,i found there is one obvious information board introducing background information of Struve Geodetic Arc both in Finnish and English.And along the way to the final point,there are lot of simple wooden boards showing how far from current location to the final point and also to the entrance point.it is very visitor friendly.We climed for around 30 minutes to get to the top and then i found the final point of our target is just a small and normal hole in one rock,which doesn’t seems so “special ”or “important”.But it is well preserved and known by people as we also met other local visitors . And along the way to the top of that hill, i found it is not easy to get there.I can not imagine how the scientist could find that place which is almost nowhere and far away from people’s habitation even nowadays after 200 years and stay there to collect data for measuring the size and shape of the planet.I am impressed by people’s powerful motivation to know the world . Guo Ling

It was a sunny Friday (quite rare for Jyväskylä) when we hopped on to the bus. I felt so excited about going on an excursion. I was thinking how great it always was when we went outside the classroom when I was still at school. During the bus ride we could see the rural Finnish landscape. We arrived at a parking spot under a hill. There we jumped out of the bus and hiked to the Struve Geodetic Arc. I honesty couldn’t have expected better weather. Landscape we saw was very beautiful. The autumn leaves were so colourful, and I felt like Alice in wonderland. When we got to the top of the hill we enjoyed magnificent views of the lake and surrounding hills. Apart from appreciating the natural beauty, it was important for us to get to know why this place is important. We learned that it was used for the measurement of the size and shape of the world. It made me think about the past and how natural scientists in early 19th century used various ways in order to get to know our planet. Lenka

During the excursion, we visited two UNESCO cultural heritages which were the Struve Geodetic Arc as well as the Old Church at Petäjävesi. The Struve Geodetic Arc is the triangulation measurement of the actual shape and size of earth. It was carried on from one country to another and showed the cooperation among scientists and monarchs. Therefore, it’s not only a huge improvement in science development but also the precious interaction of cultural values between different countries. On the other hand, the Old Church was built by the peasants themselves due to the desperate need of a church. It was built even before the permission from the authority. The church itself was a creation of human’s strong anticipation for religious reliance, which is a part of culture. Later on it’s preserved and became a cultural heritage that represents the wooden architectural style of church in northern Europe.

Though the two heritages were based on different motivations, the scientiﬁc will and religious need, they both went beyond the limit of governmental power. They were the production of human culture. They somehow proved that culture is something not supposed or possible to be restricted. It’s the historical proof of human development. The architectures are a part of history and most signiﬁcantly tell the history. I was awed to be standing in front of them and at the same time fascinated by the stories they contained. Nicco 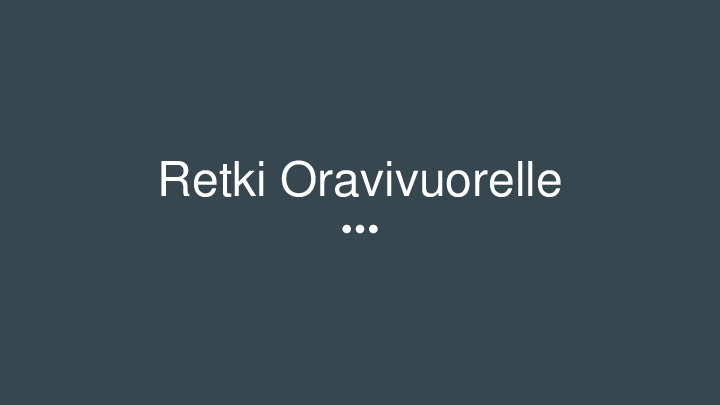 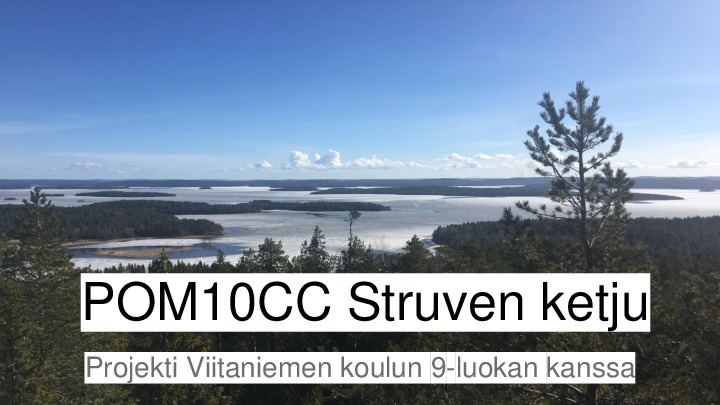 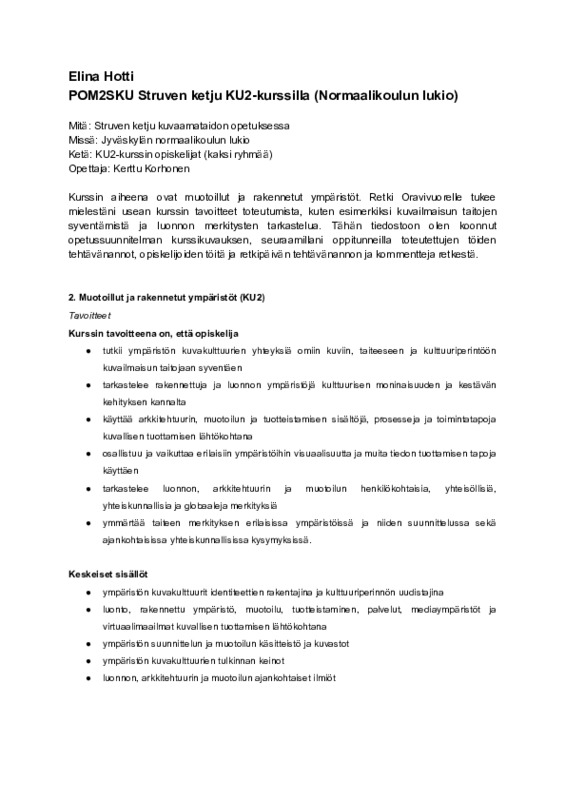 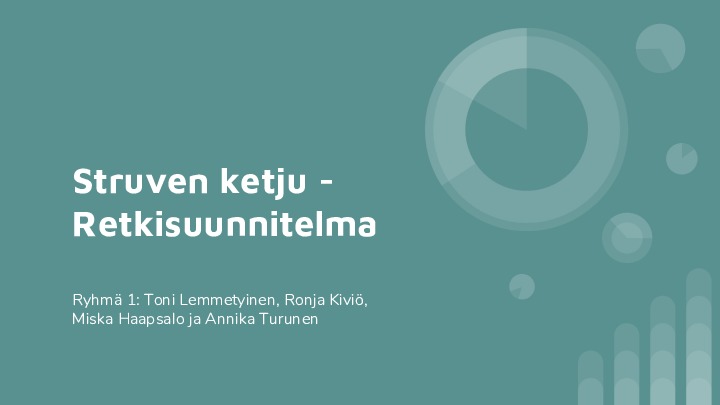 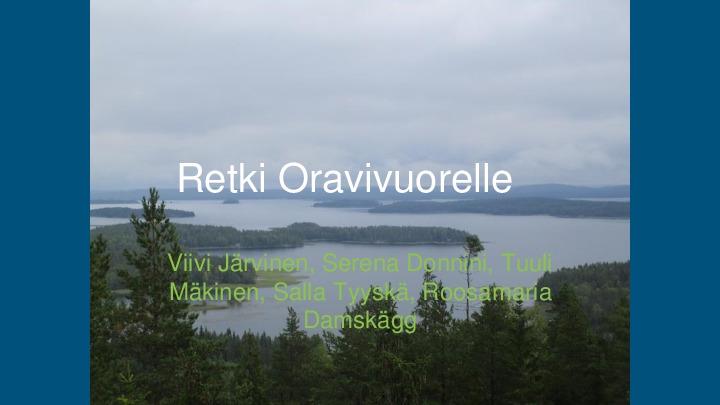