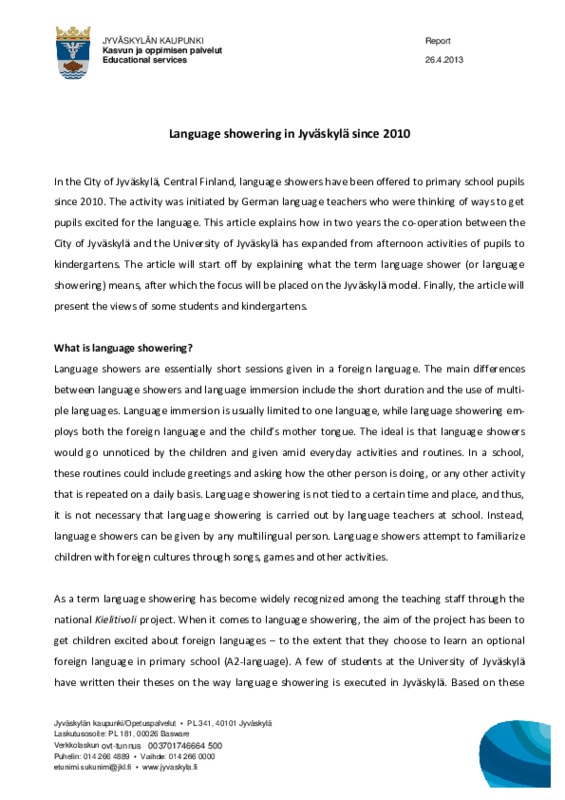 In the City of Jyväskylä, Central Finland, language showers have been offered to primary school pupils since 2010. The activity was initiated by German language teachers who were thinking of ways to get pupils excited for the language. This article explains how in two years the co-operation between the City of Jyväskylä and the University of Jyväskylä has expanded from afternoon activities of pupils to kindergartens. The article will start off by explaining what the term language shower (or language showering) means, after which the focus will be placed on the Jyväskylä model. Finally, the article will present the views of some students and kindergartens.