COMPUTER SYSTEM
Definition: Is a collection of entities(hardware,software and liveware) that are designed to receive, process, manage and present information in a meaningful format.


Hardware refers to the physical, tangible computer equipment and devices, which provide support for major functions such as input, processing (internal storage, computation and control), output, secondary storage (for data and programs), and communication. 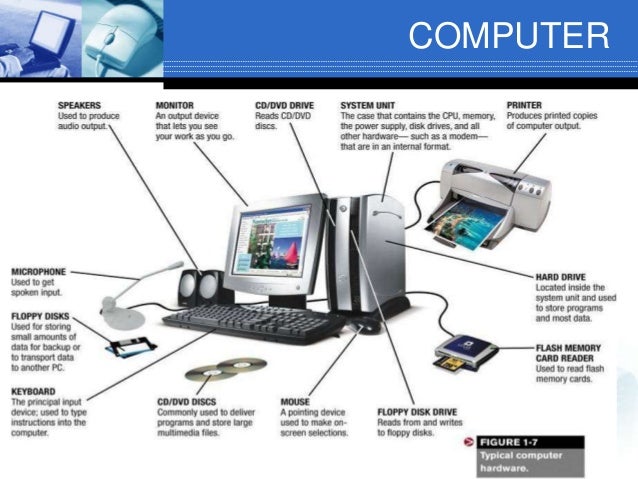 A computer system is a set of integrated devices that input, output, process, and store data and information. Computer systems are currently built around at least one digital processing device. There are five main hardware components in a computer system: Input, Processing, Storage, Output and Communication devices.

Are devices used for entering data or instructions to the central processing unit. Are classifie according to the method they use to enter data.

a) KEYING DEVICES
Are devices used to enter data into the computer using a set of Keys eg Keyboard, key-to- storage and keypad.

Keyboard (similar to a typewriter) is the main input device of a computer . It contains three types of keys-- alphanumeric keys, special keys and function keys. Alphanumeric keys are used to type all alphabets, numbers and special symbols like $, %, @, A etc. Special keys such as <Shift>, <Ctrl>, <Alt>, <Home>, <Scroll Lock> etc. are used for special functions. Function keys such as <Fl>, <F2>, <F3> etc. are used to give special commands depending upon the software used e.g.F5 reloads a page of an internet browser. The function of each and every key can be well understood only after working on a PC. When any key is pressed, an electronic signal is produced. This signal is detected by a keyboard encoder that sends a binary code corresponding to the key pressed to the CPU. There are many types of keyboards but 101 keys keyboard is the most popular one.

How the keys are organized

The keys on your keyboard can be divided into several groups based on function:

B. POINTING DEVICES
Are devices that enter data and instructions into the computer using a pointer that appears on the screen. The items to be entered are selected by either pointing to or clicking on them.e.g mice, joystick, touch sensitive screen, trackballs

i) THE MOUSE
A mouse is a small device used to point to and select items on your computer screen. Although mice come in many shapes, the typical mouse does look a bit like an actual mouse. It's small, oblong, and connected to the system unit by a long wire that resembles a tail and the connector which can either be PS/2 or USB. Some newer mice are wireless.

A mouse usually has two buttons: a primary button (usually the left button) and a secondary button. Many mice also have a wheel between the two buttons, which allows you to scroll smoothly through screens of information.

When you move the mouse with your hand, a pointer on your screen moves in the same direction. (The pointer's appearance might change depending on where it's positioned on your screen.) When you want to select an item, you point to the item and then click (press and release) the primary button. Pointing and clicking with your mouse is the main way to interact with your computer. There are several types of mice: Mechanical mouse, optical mouse, optical-mechanical mouse and laser mouse.

A mouse typically has two buttons: a primary button (usually the left button) and a secondary button (usually the right button). The primary button is the one you will use most often. Most mice also include a scroll wheel between the buttons to help you scroll through documents and WebPages more easily. On some mice, the scroll wheel can be pressed to act as a third button. Advanced mice might have additional buttons that can perform other functions.

Holding and moving the mouse

Place your mouse beside your keyboard on a clean, smooth surface, such as a mouse pad. Hold the mouse gently with your index finger resting on the primary button and you thumb resting on the side. To move the mouse, slide it slowly in any direction. Don't twist it—keep the front of the mouse aimed away from you. As you move the mouse, a pointer (see picture) on your screen moves in the same direction. If you run out of room to move your mouse on your desk or mouse pad, just pick up the mouse and bring it back closer to you. Pointing to an object often reveals a descriptive message about it.The pointer can change depending on what you're pointing at. For example, when you point to a link in your web browser, the pointer changes from an arrow to a hand with a pointing finger .

Most mouse actions combine pointing with pressing one of the mouse buttons. There are four basic ways to use your mouse buttons: clicking, double-clicking, right-clicking, and dragging.

To click an item, point to the item on the screen, and then press and release the primary button (usually the left button).

Clicking is most often used to select (mark) an item or open a menu. This is sometimes called single-clicking or left-clicking.

To double-click an item, point to the item on the screen, and then click twice quickly. If the two clicks are spaced too far apart, they might be interpreted as two individual clicks rather than as one double-click.

Double-clicking is most often used to open items on your desktop. For example, you can start a program or open a folder by double-clicking its icon on the desktop.

To right-click an item, point to the item on the screen, and then press and release the secondary button (usually the right button).

Right-clicking an item usually displays a list of things you can do with the item. For example, when you right-click the Recycle Bin on your desktop, Windows displays a menu allowing you to open it, empty it, delete it, or see its properties. If you are unsure of what to do with something, right-click it.


C) SCANNING DEVICES
Are devices that capture an object or a document directly from the source. They are classifie according to the technology used to capture data e.g. Scanners and Document readers.
i) Scanners
Used to capture a source document and converts it into an electronic form.
Example are - FlatBed and HandHeld scanners. 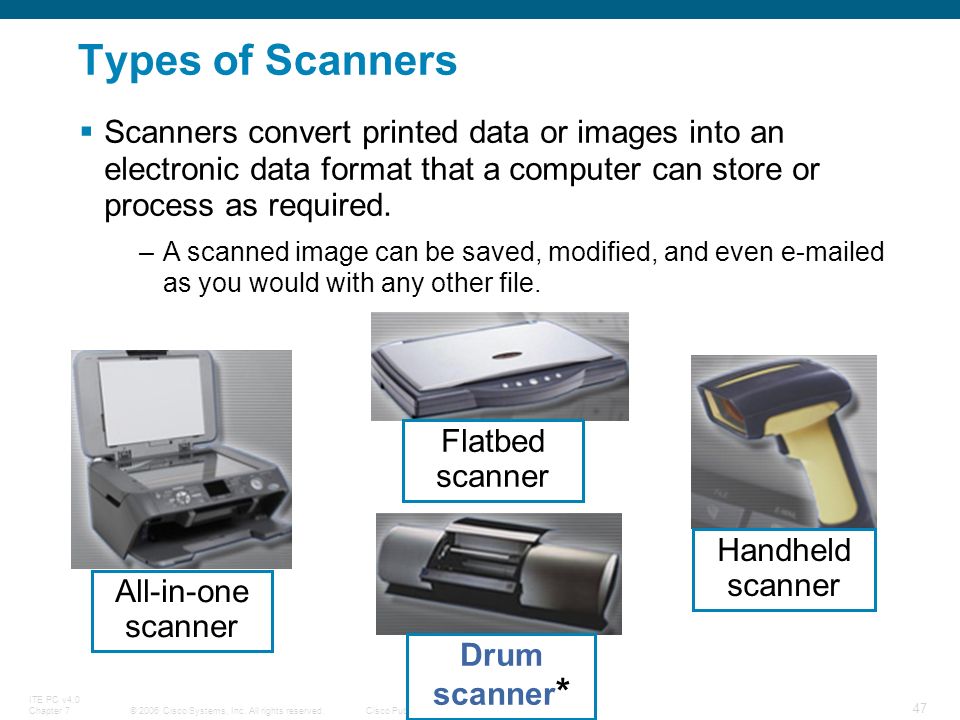 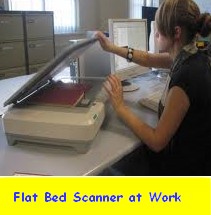 ii) Document readers
Are documents that reads data directly from source document and convey them as input in the form of electronic signal. e
Types of Document Readers
i) Optical Mar Reader (OMR) 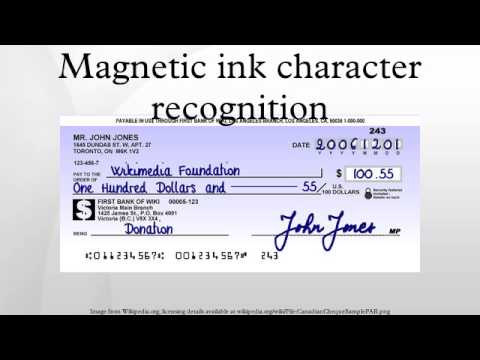 Is the brain or the heart of a computer. Is also known as processor and consist of three units namely -
i) Control Unit ( C U)
ii) Arithmetic logic Unit ( A L U)
iii) Main Memory unit ( M M U) 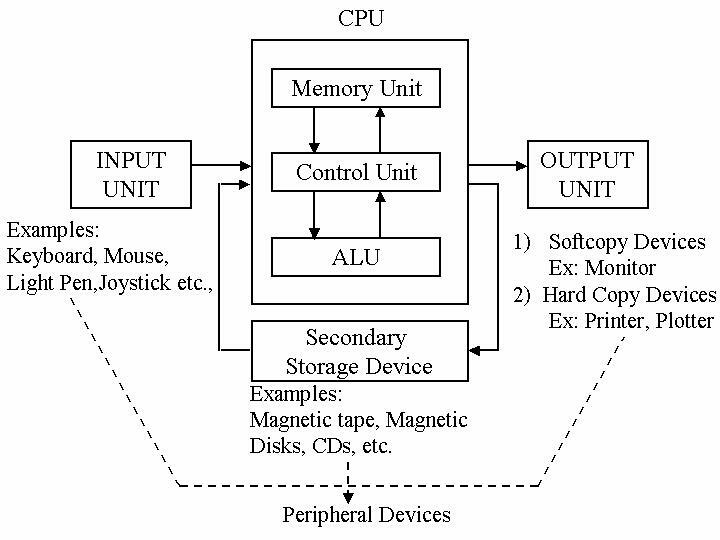 The system unit is the core of a computer system. Usually it's a rectangular box placed on or underneath your desk. Inside this box are many electronic components that process data. The most important of these components is the central processing unit (CPU), or microprocessor, which acts as the "brain" of your computer. Another component is random access memory (RAM), which temporarily stores information that the CPU uses while the computer is on. The information stored in RAM is erased when the computer is turned off. A motherboard (mainboard, system board, planar board or logic board) is the main printed circuit board found in computers and other expandable systems. It holds many of the crucial electronic components of the system, such as the central processing unit (CPU) and memory, and provides connectors for other peripherals.