We took the metro in direction to Sacre Coeur at about 9.30 in the morning. When we arrived, we were at the bottom of the hill where Sacre Coeur is. We took an elevator since the view from there was nice and the steps were too long. 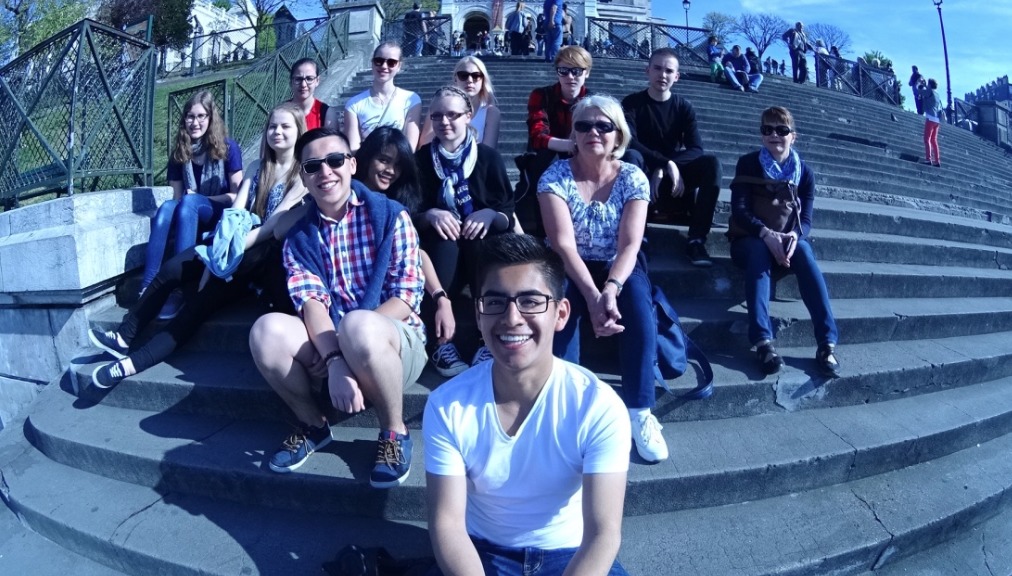 The basilica's construction was decided by the National Assembly in 1873 as a religious building in perpetuity in tribute to the memory of the many French who had lost their lives during the Franco-Prussian War. The basilica has the same style as any other big Catholic church or cathedral. 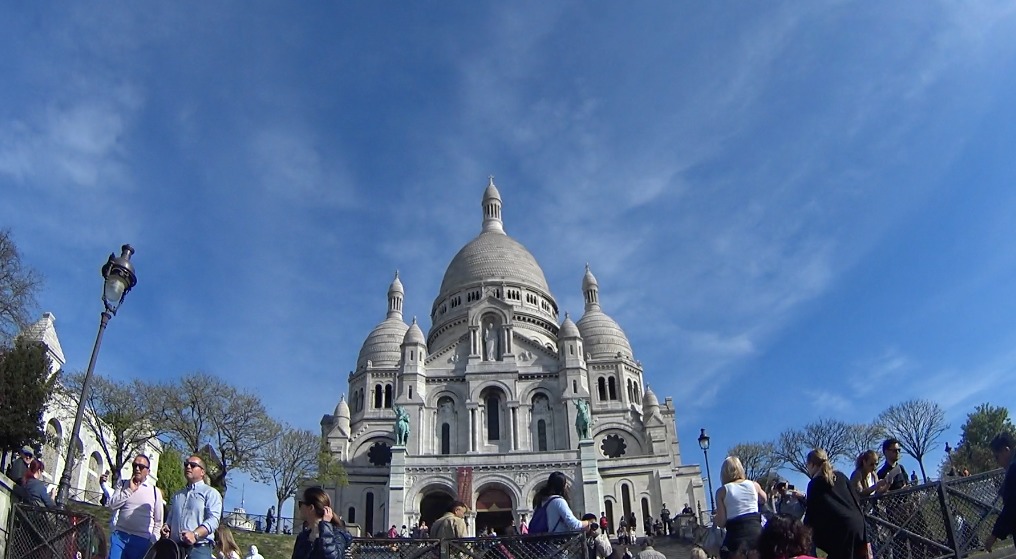 Afterwards, we had free time to go to souvenir shops nearby and have lunch. The place was an artistic spot, since there were plenty of painters doing portraits and selling their work. The gastronomical offer was very varied as well.

Next, we headed towards Moulin Rouge, the world famous cabaret built in 1889 by the Spanish Josep Oller. Moulin Rouge is situated in the most famous "red neighborhood" of Paris, Pigalle, which is at the feet of Montmartre.

The last "cultural stop" was in the renowned department store Galerie La Fayette, which is known for having the most luxurious brands in fashion and jewelry. The architecture is grand and the building sefign is fool of small and beautiful details. 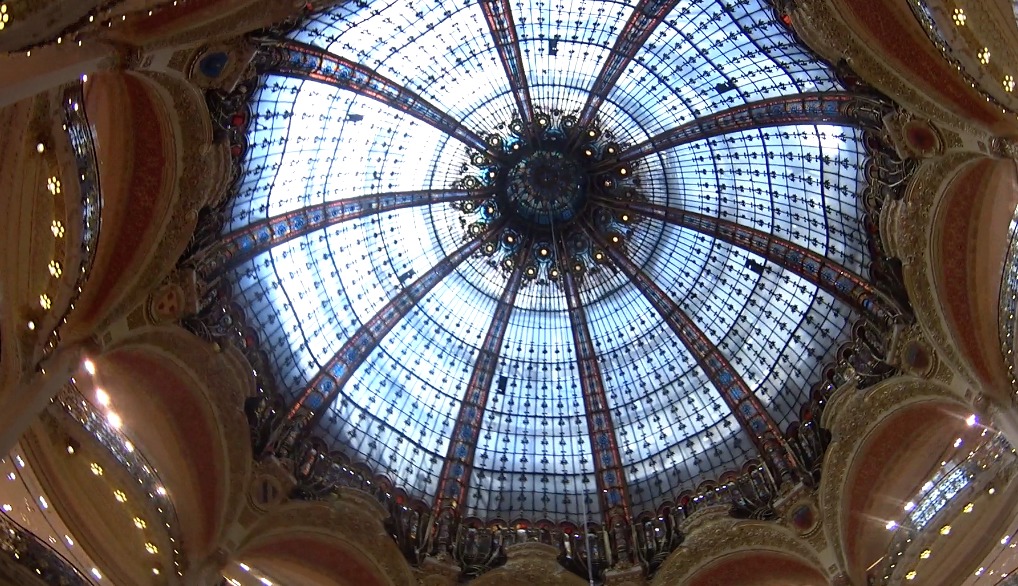 Finally, we went back the hotel to get our luggages and we headed to the airport to take our flight back to the Helsinki Airport.

View from the terrace of Galerie La Fayette

Wall with "I love you" phrase in all languages